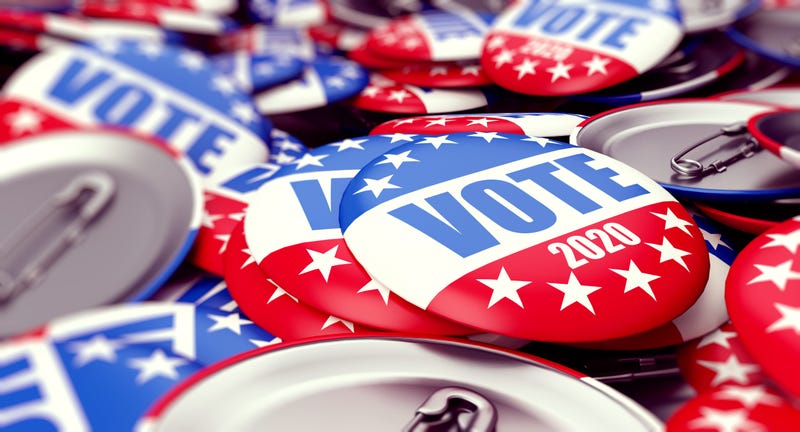 The lawsuit is the latest GOP effort to curb mail-in voting, which President Donald Trump has called flawed and the greatest threat to his reelection. Though several states rely exclusively on mail-in ballots and fraud related to it is rare, it's a complicated endeavor that more states are taking on during the coronavirus pandemic.

At issue are changes to Illinois' vote-by-mail program that Democratic Gov. J.B. Pritzker signed in June to limit Election Day crowds at the polls. Among other things, it sends vote-by-mail applications to millions of Illinois residents who voted in elections since 2018, makes Nov. 3 a government and school holiday and allows local election authorities to establish secure drop-boxes for collecting ballots.

The lawsuit argues the law allows for so-called “vote harvesting,” or the practice of third parties rounding up absentee ballots. The alleged scheme would let those with Election Day off, including Democratic-leaning union employees such as teachers, to collect ballots and “dilute the votes of the Republican Party.”

“More than any other state in the nation, Illinois has a track record of both corruption and incompetence – and its residents have no reason to believe that the government can conduct an honest and accurate vote-by-mail in the upcoming election,” Sean Morrison, chairman of the Cook County Republican Party, said in a statement.

The lawsuit, filed in Chicago, also claims the expansion was hastily implemented and that Illinois is “woefully unprepared” to carry out the changes, citing problems with its new automatic voter registration program. The lawsuit calls the expansion unnecessary as Illinois already allows anyone to vote absentee without an excuse.

“This lawsuit is a desperate political attempt to suppress the vote,” Pritzker spokeswoman Jordan Abudayyeh said in statement.

State Board of Elections spokesman Matt Dietrich declined to comment on pending litigation. Messages left for the others weren't immediately returned Monday.

Most Republicans in the Democrat-majority Illinois Legislature objected to the plan, which was approved during a special session in May.

In signing it, Pritzker said the law would allow more people to “hold accountable a truly representative and transparent government” from the “safety of their own homes” while reducing the spread of COVID-19.

Lawyers for the Chicago-based Liberty Justice Center, which the conservative Illinois Policy Institute has described as its "litigation arm,” filed the lawsuit on behalf of Cook County Republicans. The institute and center often collaborate and share an address, but a Liberty Justice Center spokeswoman says they're separate organizations.

The Liberty Justice Center previously challenged Election Day voter registration in Illinois. An appeals court overturned a ruling in favor of the group just weeks before the November 2016 election.