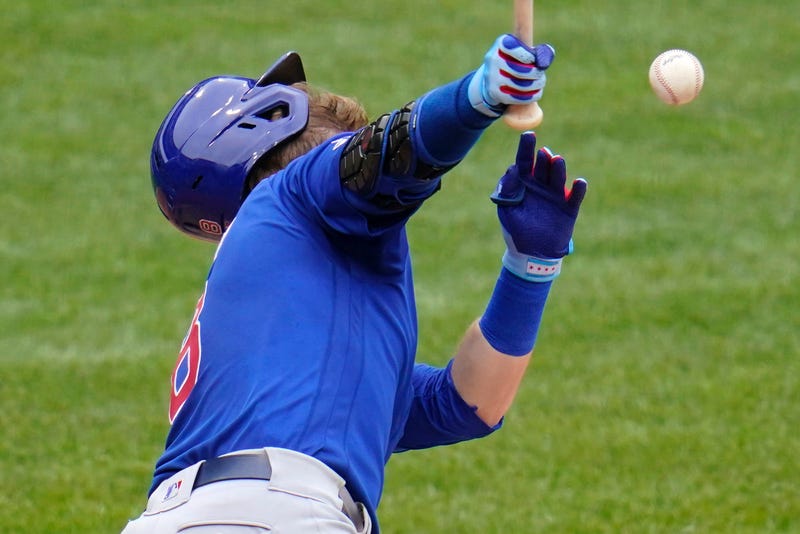 PITTSBURGH (AP) — First-time father Bryan Reynolds hit a three-run homer in his return from paternity leave to lead the Pittsburgh Pirates past the Chicago Cubs 6-2 on Thursday.

Reynolds, sent a drive off Alec Mills (3-3) into the seats in right field in the third inning for his third home run of the season to help Pittsburgh snap a four-game losing streak.

Cole Tucker added two hits, including a flare to left field in the sixth off reliever Jason Adams to give Pittsburgh plenty of cushion and boost rookie JT Brubaker (1-0) to his first major league win. Brubaker navigated some traffic in five innings but avoided major damage, allowing one earned run on seven hits with a walk and five strikeouts.

Kyle Schwarber, Victor Caratini and Jason Kipnis had two hits apiece for the Cubs, but the NL Central leaders ended a 10-game, 12-day road trip with a thud. Mills gave up four runs in five innings as his ERA crept up to 5.50.

"It was a crazy trip," Schwarber said after the Cubs finished the stretch 5-5. "I think you take away the positives here, walked away with a series win going into this week with the Cardinals. Got the doubleheader in there, too, so we've got to be locked in and ready to go."

Chicago built a 2-0 lead through three innings thanks in part to some sloppy defense by the Pirates as third baseman JT Riddle's throwing error — Pittsburgh's major league-high 34th of the season — allowed Kipnis to score. Yet Brubaker worked around the trouble without further damage.

Mills wasn't as fortunate in the bottom of the inning. Erik Gonzalez's sacrifice fly put the Pirates on the board and a single by Gregory Polanco put runners on the corner with two outs. Cubs pitching coach Tommy Hottovy came out to talk to Mills before Reynolds stepped in.

Mills' fourth pitch to Reynolds ended up over the Clemente Wall in right and the Pirates were on their way to avoiding a four-game sweep.

"We had some chances to add some runs early on and we didn't do that," Chicago manager David Ross said. "That'll catch up to you at some point. Yeah, for sure that hurt in the end."

The Cubs continued to shuffle their roster after splurging on reinforcements at the trade deadline. Chicago assigned outfielder Ian Miller and catcher Josh Phegley to their alternate site in South Bend after both cleared waivers. The Cubs also released former Indians closer Cody Allen and right-handed reliever A.J. Ramos. Allen signed a minor league deal in July. Ramos signed a minor league deal earlier this week after being released by the Los Angeles Dodgers.

Cubs: CF Ian Happ exited in the fourth inning with a right eye contusion when he was hit in the face by the ball after it bounced off the plate. He was replaced by Cameron Maybin. Chicago said X-rays were negative. Ross said Happ complained of blurred vision but overall the injury "is not too bad."

Cubs: Start an eight-game homestand on Friday when they host St. Louis. Yu Darvish (6-1, 1.47 ERA), the NL Pitcher of the Month in August, will look to win his seventh straight decision when he faces Jack Flaherty (2-0, 1.93) in the opener.