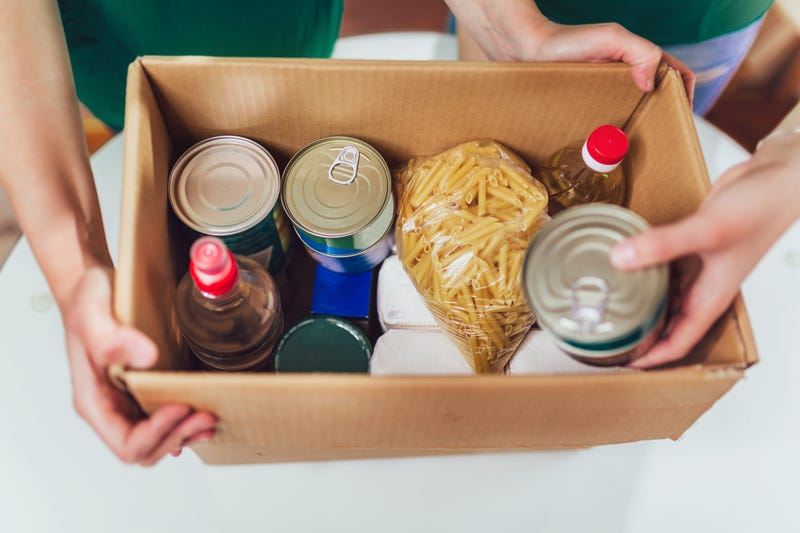 CHICAGO (WBBM NEWSRADIO) -- A drive-through food giveaway in west suburban Aurora on Monday drew a seemingly endless line of vehicles, with so many people still needing help because of the economic shutdown.More than an hour into the food distribution at Philips Park, the line of cars still snaked all the way through and out of the park. A small army of young volunteers kept the line of cars moving as they loaded boxes from the what Teresa Schryver of the Northern Illinois Food Bank said is the federal Coronavirus Food Assistance Program.

"We have pallets of produce, protein, and dairy. Folks can come through and get whatever they need for their households; and our volunteers put it in their trunk and they can drive on their way," she said.

Nicholas Thompson, with the city was coordinating their efforts.

Why was she suffering through the heat? She first joked that she wanted to get out of the house, but admitted that she loves volunteering. And her three sisters thought it would be fun to join her, though the heat forced them to take a brief break.Teddy Seidenberg, Class or 2020, was loading boxes alongside his mom. He said people have to think of things greater than themselves, and take the opportunity to give back.This joint effort with the city was hoping to serve at least 1,000 families, and the cars kept coming.