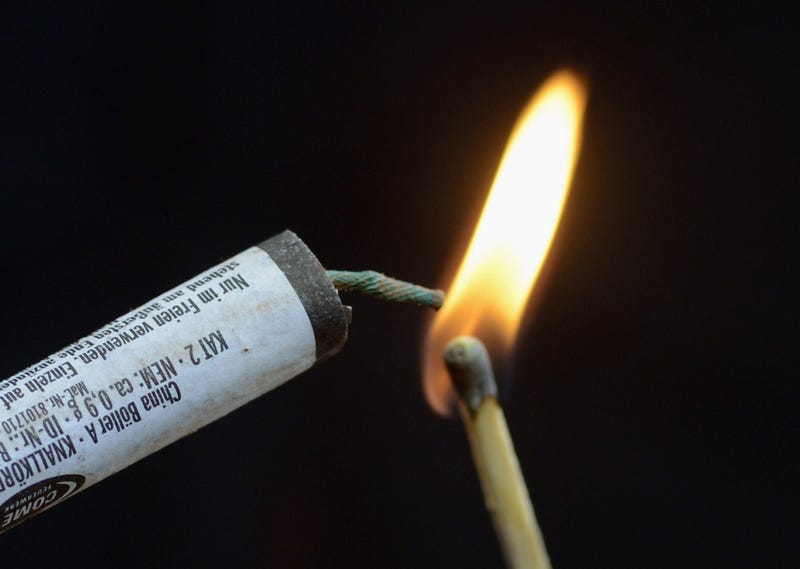 AURORA (WBBM NEWSRADIO) -- Like many other cities across the country, one western suburb is dealing with a major boom in fireworks complaints, and its mayor is fed up.

Aurora Mayor Richard Irvin gave a stern warning Tuesday to residents thinking about setting off fireworks to celebrate the Fourth of July, after a huge increase in fireworks-related 911 calls in recent weeks.

"Aurora, we can do better. We must do better," Mayor Irvin said.

Mayor Irvin said fireworks complaints to the Aurora Police Department are up 170 percent over the last month.

"While we have been advise that this is a national problem, that certainly does not help Aurorans sleep better at night," he said.

He said neighborhoods are suffering, as fireworks are set off into the early morning hours.

"We have reports of newborns and toddlers being startled awake, only to cry and shake for hours afterwards. Can you imagine this being your child?" Irvin said.

"There are so many other concerns - damage to property, is a major factor, personal damage to one's self or another person who handles fireworks, which could be deadly," he said.

With the holiday weekend on the way, Irvin is urging Aurora residents to not call 911 with their complaints, but instead a city hotline.

He is also reminding fireworks fanatics of the law.

"Although you can purchase across state lines, it can net you up to a year in prison and $2,500 in fines if you use them in Illinois," Irvin said.

RELATED: Fourth Of July Firework Shows May Be Duds Due To COVID-19 Pandemic

The city of Aurora canceled its fireworks show out of precaution against COVID-19.