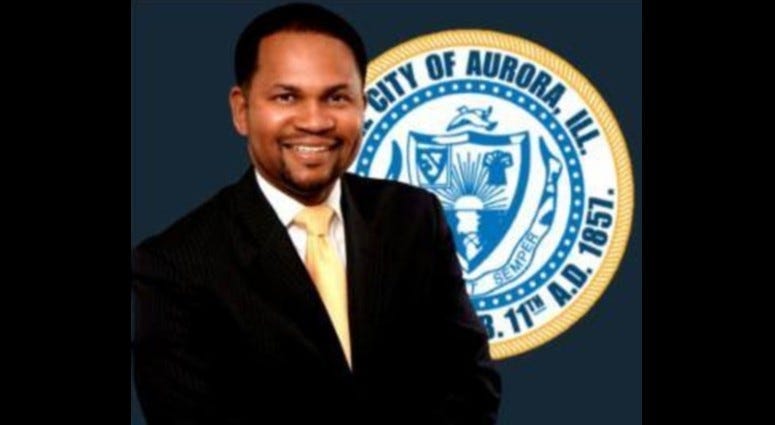 CHICAGO (WBBM NEWSRADIO) -- Attention Shoppers! The Mayor of Aurora plans to give a speech outlining the future of the city on your turf next month.

Aurora Mayor Richard Irvin announced his third State of the City Address will be held at Fox Valley Mall at 6 p.m. on Tuesday, March 3. The theme is “3Rs: Renewal, Redevelopment and Revitalization.” Irvin said that’s what the city’s going through, and he’ll deliver that speech from a place he said embodies that: the new Center Park at Fox Valley Mall.

In a video from The Voice Newspaper, Irvin said "this year, we will take our State of the City to the Far East Side and hold it at a business hub and a community convening location for more than four decades. We are looking forward to our third State of the City Address at the newly renovated Center Park at the Fox Valley Mall."

As a teenager, Mayor Irvin spent many hours at Fox Valley Mall working a part-time job and hanging out with friends while window shopping and eating pizza from Sbarro.

"And as many teenagers do out in the country around the time the mall was so popular, remember wandering around the mall aimlessly for hours. With not much money in my pocket, probably just enough, and I stated this at the ribbon cutting, to buy a slice of Sbarro pizz," he laughed. Before Richard Irvin became mayor, Aurora’s State of the City addresses were given at afternoon luncheons. But Irvin’s speeches have been in the evenings, so that it is more accessible to the community. His first address in 2018 was held at the Paramount Theatre, and the second address was hosted last year at Aurora University.

Free tickets become available Monday. The mall will be open before and after the address.And the Mayor suggests he might even buy another slice of pizza.

news
A mini-moon is set to enter Earth's orbit, but NASA believes it may just be space junk
news
Who is Barbara Lagoa? Meet the Latina judge on Trump's shortlist for the Supreme Court
news
CA city bans junk food at grocery checkout aisle, first in the nation to do so
music
Garth Brooks' 'FUN' album to include 'Shallow' duet with Trisha Yearwood
music
Eva Longoria, 45, shows off her sculpted abs in new mirror selfie
music
A TV show based on Blake Shelton's 'God's Country' is in development