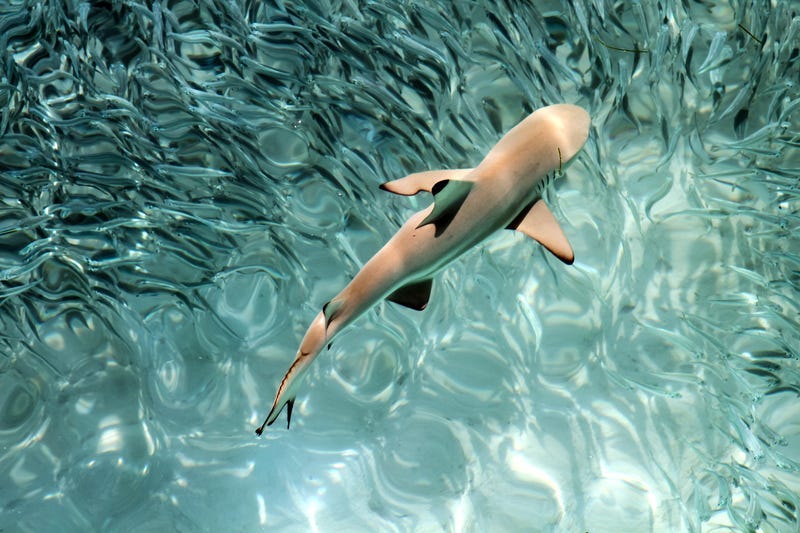 CHICAGO (WBBM NEWSRADIO) -- If you're a parent of a young child, you've surely heard the catchy song many times.

The "Baby Shark" song even reached Billboard's Hot 100 this week. It boasted 20.8 million streams last week, according to Nielsen Music, alongside its already 2 billion-plus YouTube views.

"I don't have kids at home but this song came to me through social media. It was part of a network of international biologists who work in public aquariums. It's definitely catchy,” Lise Watson, senior curator of the Wild Reef at Shedd Aquarium.

But the song has become more than just a pop culture phenomenon; it has children wanting to visit and learn more about sharks at the Shedd.

"I love it. I see little kids singing and dancing to the song near our shark exhibit." said Watson. "Being a fan of sharks for nearly three decades now, seeing this new generation growing up and not being afraid of sharks but really embracing and being excited about them is really fun for us."

Watson said sharks seem to always get a bad rap.

"Hollywood tends to show these animals in a very different light than what they really are. If you watch ‘Jaws,’ everyone is afraid. They're considered to be these man-eaters and they are anything but," she said. "There are more than 400 species of sharks out there, and only a handful are considered dangerous."
courtesy: Shedd Aquarium

"Right now, we have five baby sharks living in one of our reserves where we are raising them up. Our animal care experts are taking care of them. We'll see them on exhibit very soon."

Watson said she hopes visitors to the Shedd will learn how important a role sharks play in our environment.

"Sharks are really responsible to keeping balance in our seas. They play a vital role in the oceans, and what we try to do at Shedd is teach people not to be afraid of them but to understand how important they are to that ecosystem and how important it is to keep these animals populations doing well. They are not to be feared but to be respected."