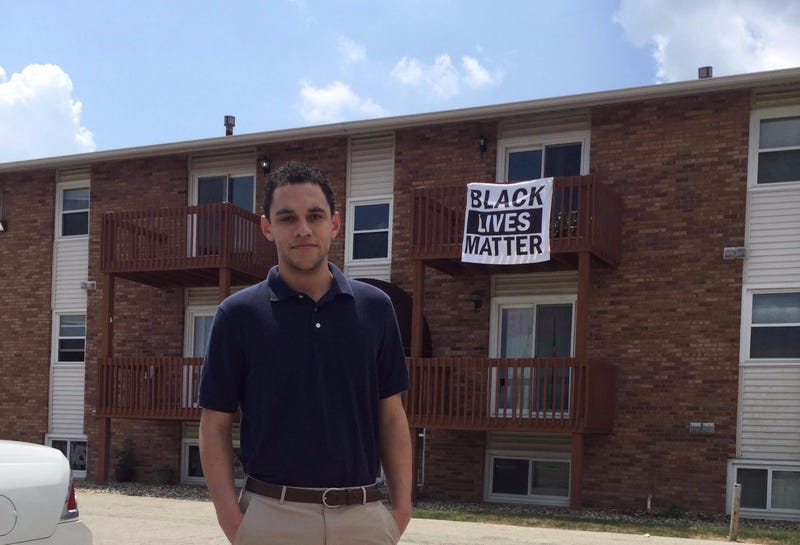 (WBBM NEWSRADIO) -- A 22-year-old man in Bloomington is facing eviction because of the Black Lives Matter flag on his apartment balcony.

First, the apartment manager removed the flag. Then Donavon Burton put it back up.

He says he’s willing to move but his rent is paid up until this fall, and First Site Apartments won’t give him a full refund.

So, he’s staying and fighting.

“So they’ve stated several times that I can leave things on the balcony that they are OK with, but whenever it comes to something that they are not OK with - the flag has to come down.”

Burton says First Site Apartments even contacted his boss at work to see if they could push him to take the Black Lives Matter flag down.

WBBM Newsradio has reached out to the management company for comment.