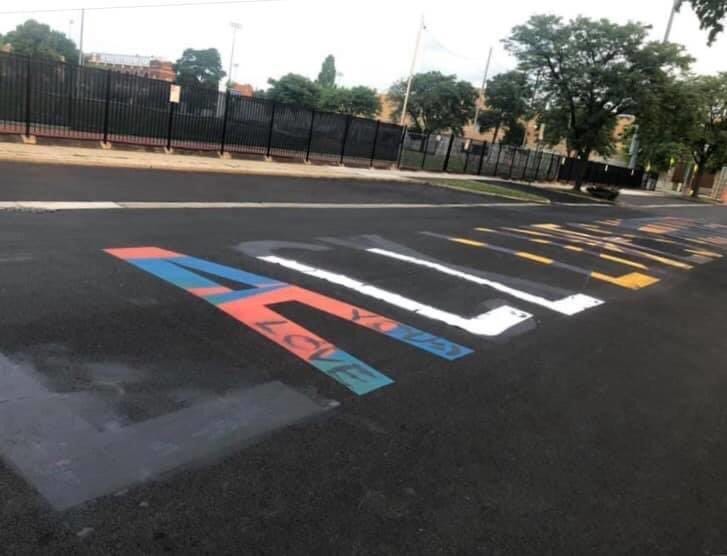 CHICAGO (WBBM NEWSRAIDO) -- A Black Lives Matter mural that was painted on a street in Oak Park recently was vandalized overnight.

The giant colorful mural was partially painted over to read All Lives Matter.

Cullen Benson, who came up with the idea for the mural said Wednesday morning it was disheartening.

He said he felt like the act was “a direct reflection of society and the world that we live in today.”

It’s unfortunate, he said, “you would hope that people would be more loving and kind and know that this is a piece of art work that has meaning to it.”

Benson said obviously whoever did it put a lot of thought into it, changing the word "black" to read "all", by blacking out some letters and adding others.

“There were a few people who thought it was pathetic or some people called it downright absurd," he said.

He said the original intent was to make people think, and said he and the artists he was working with on the project chose the colorful letters, because they wanted it to reflect Oak Park as a colorful and inclusive place.