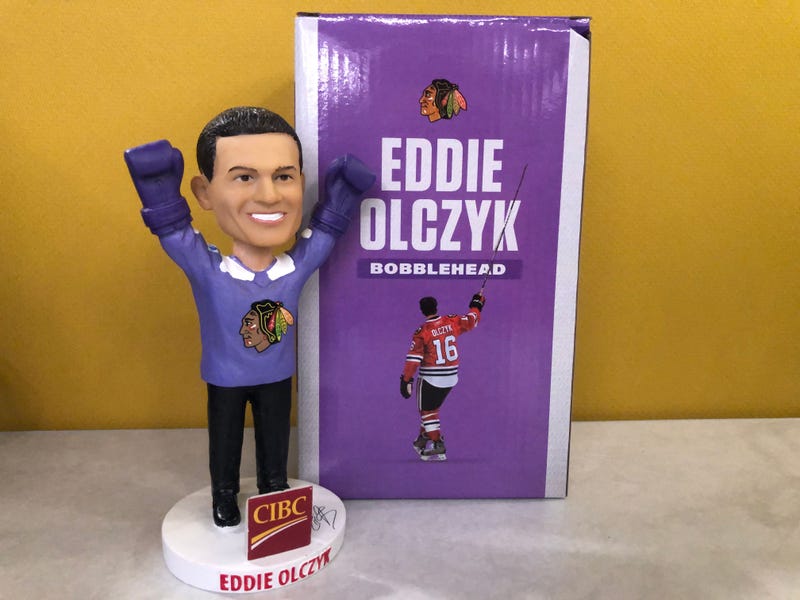 The night kicks off wih a special pregame event - the Purple Carpet. Blackhawks Television Color Analyst Eddie Olczyk and former forward Adam Burish will host the event in the United Center Atrium, honoring fans who are currently battling cancer or are in remission, as well as those who have lost a loved one to the disease. Doors for the Purple Carpet open at 2:30 p.m., with the event taking place at 3:45 p.m.

During warmups, players will be wearing new "Hockey Fights Cancer" jerseys. Fans will have the opportunity to buy those jerseys autographed through an online auction after the game. Proceeds will benefit various local cancer-related organizations. Coaches and broadcasters will also wear purple ties, which will be included in the auction as well, accompanied by an autographed photo. The auction opens Sunday and runs through Monday, Nov. 4 at noon.