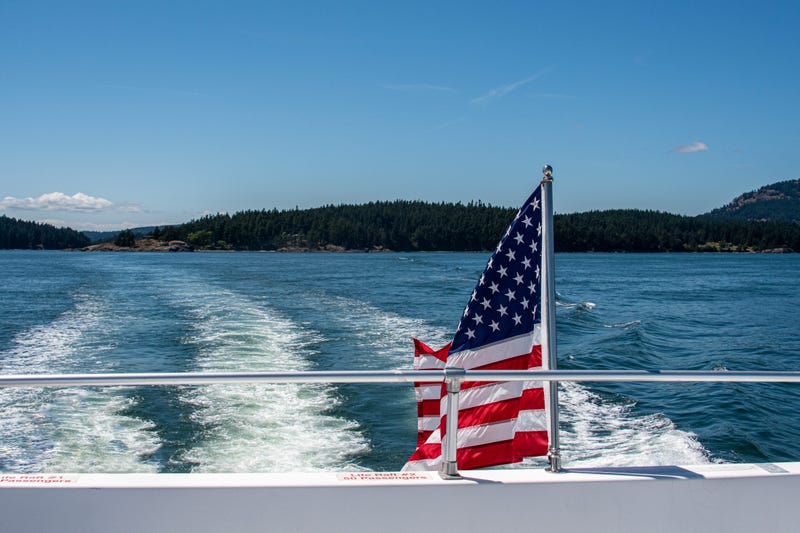 CHICAGO (WBBM NEWSRADIO) -- A boat parade is being planned for the Fourth of July on the Chain O' Lakes.

Bret Busby is the organizer of what he’s calling the "Cavalcade for our Country" on the Fourth of July, which will feature dozens of decorated boats traversing the Chain O' Lakes throughout the day Saturday to celebrate the nation's independence.

“I was putting some ideas together and realized there’s nothing going on this holiday for the most part for families and fellow boaters.  It’s kind of a parade through the Chain O’ Lakes, starting at the Upper River, heading as far north as Catherine and Channel," he said.

RELATED: 8 Fun and Creative Activities to Celebrate Fourth of July at Home

The parade kicks off at 10:30 a.m. Saturday at the Snuggery on the upper Fox River in McHenry.

Boaters will parade in decorated boats through each of the lakes in the Chain, stopping at a handful of establishments and some sand bars, ending at Blarney Island.

“With the boats, we course hope they have some decoration and are flying our flag, but all are welcome and I hope everyone gets some pleasure out of doing a nice event for the community," Busby said.

RELATED: Fourth Of July Firework Shows May Be Duds Due To COVID-19 Pandemic | Fourth of July: Why Experts Are Saying to Skip the Fireworks

He said they’re not just celebrating the nation’s birthday, but also medical professionals, essential workers, first-responders and those in the military and veterans.