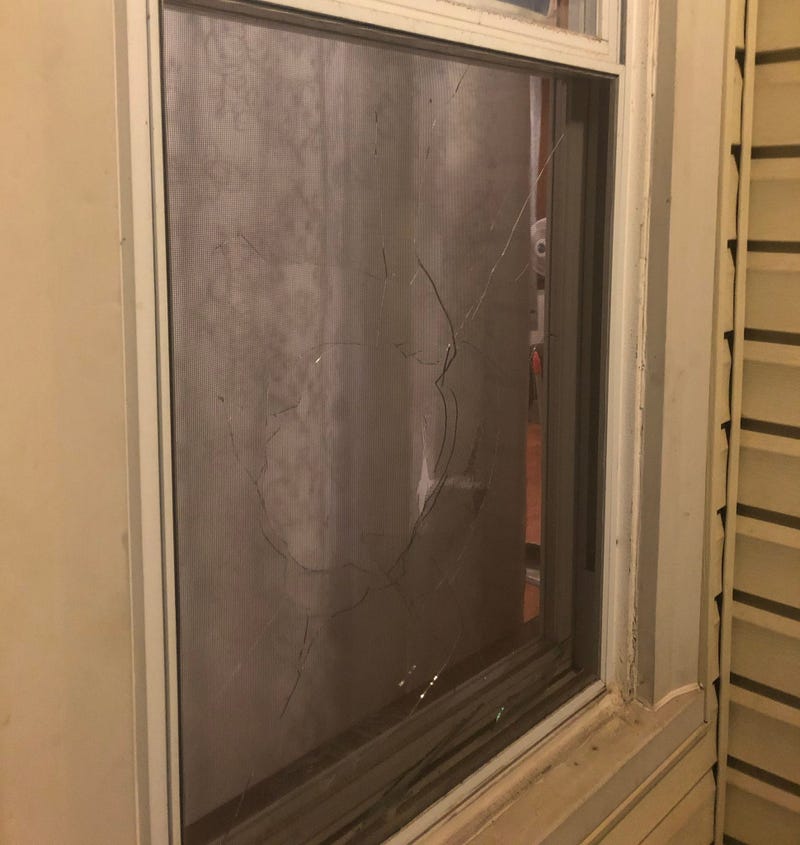 CHICAGO (WBBM NEWSRADIO) -- A Chicago alderman said he won’t be intimidated by gangs after his home was vandalized Wednesday night.

"This is gang intimidation. This was meant to send a message," said 15th Ward Alderman Raymond Lopez.

Ald. Lopez said bricks were thrown through his front windows - the first captured on security video.

After casing the front of my house for about a minute, this person walked right up to my front door to throw his first brick and then, off screen, threw a second brick from the sidewalk. pic.twitter.com/FnsdXl2Kql

After a brazen front-door assault, this vandal attempted three more times to break the windows in front of my house. pic.twitter.com/u5npa99KRN

His neighbor's garage was also set on fire, probably mistaken for his own.

"I was quite upset," Ald. Lopez said. "And if I am being really honest, I was freaking pissed."

Awakened w/ bricks thrown through my windows & a garage set on fire b/c gang bangers think they can intimidate me & my family b/c I want my residents to be free of their tyranny. This attack only strengthens my resolve to rid our communities of these urban terrorists. #Enough pic.twitter.com/8RUtjHMqV4

This, he said, came after he confronted a landlord, who has a gang member tenant, who has been shooting and terrorizing a nearby block.

"While we were on that block, four other households of gang members came out as a show of support for their comrade that we were addressing. One of them being so bold as to say that I don't make the decisions in the neighborhood. That they decide whether if there will be peace or not. It is not accident that this happened. This has only made me more resolute to put an end to gang terror in our neighborhoods," Ald. Lopez said.

"What I think this shows is the lengths that gang members will go to, and while this is a singular incident, there are families we have seen every weekend, every week that are dealing with the same violence, the same sort of intimidation, the same form of basically domestic terrorism in our midst, feeling helpless."

He is using the Troubled Building Ordinance, holding landlords accountable for their tenants.