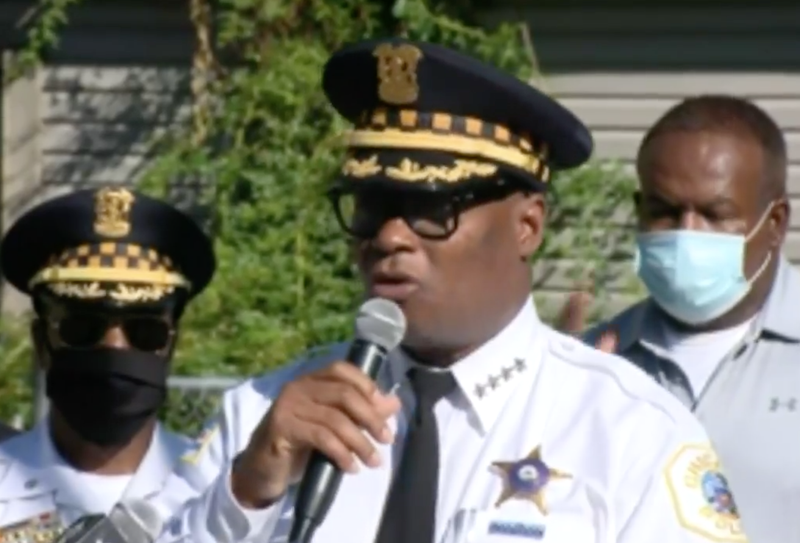 CHICAGO (WBBM NEWSRADIO) -- Another holiday weekend is upon us and the Chicago Police Department said it will be "all-hands-on-deck" as it prepares for whatever arises, whether it be violence, civil unrest or looting.

Last year over the Labor Day weekend, 41 people were shot, seven killed, and this year, police are also dealing with the potential threat of looting.

"Labor Day celebrates the hard work of individuals across this country and the city of Chicago was built on organized labor. Hard work is in our DNA. No one works harder than the brave men and women of the Chicago Police Department, who have taken over 7,000 guns off the streets of Chicago this year," Chicago Police Superintendent David Brown said.

The Chicago Police Department has cancelled regular days off for the holiday weekend and officers are working 12-hour shifts.

"At the same time...we are also coordinating with other city services, we are executing the Mayor's five-point protection plan in not only our retail corridors, but also in our downtown retail as well; so we have an all-hands-on-deck approach to protecting our city. And I encourage everyone to relax this weekend, and have a comfortable and safe Labor Day," Brown said. "Meanwhile, Chicago PD will be protecting you, while you enjoy the holiday weekend."

Brown said retail corridors are getting special attention, which includes the use of barricades.

"...It makes some of our streets in our downtown area more pedestrian, less vehicular. If you recall, caravanning of cars to looting was a significant challenge a few weeks back. This helps us not only protect our downtown from a barrier feature standpoint, as a component - if you don't have to have an officer standing at a post, but we also not only patrolling in our neighborhoods and all of our retail corridors...we are using our departments, our water, streets and san, all their vehicles help us create the same kind of barricades for ingress and egress to those corridors, so we can protect it, if we get any kinds of looting," he said.

"In addition to that, we are also monitoring open-source social media for any signs of anyone trying to encourage people to loot. It's like reading the paper. Social media is not an invasive thing. There is no expectation of privacy on open-source social media. It's no different than reading the paper or watching the news to see if there are any clues of anyone trying to organize any kind of looting throughout our city anywhere," he said.

For now, he said, the downtown bridges are not being lifted.

"That is a feature that we would like to keep in our hip pocket if we have to, if we get any type of intelligence, but right now we don't have any intelligence lead us to believe there is any planned looting or any type of civil unrest being planned. But again, we hope for the best, but we plan, obviously, for anything that might go awry," he said.

Bridges have been raised in the past to restrict the movement of people.