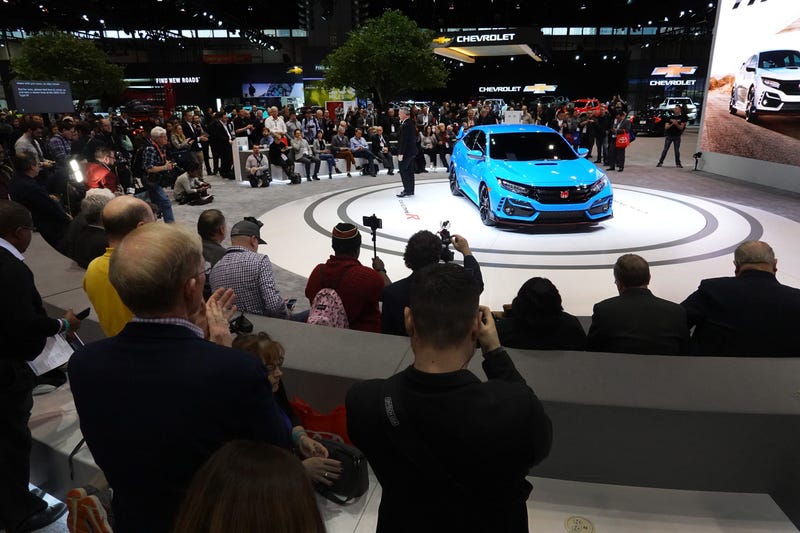 CHICAGO (WBBM NEWSRADIO) -- An electric Mustang. A Jeep with a pickup truck bed. These are among the head-turning innovations on hand at the 2020 Chicago Auto Show.

WBBM Newsradio's Jennifer Keiper spent time in the field getting to know what consumers can expect. She reviews her findings with Cisco Cotto in this latest edition of the WBBM In Depth podcast.

First, she reports, an industry observer has good news for automakers. Millennials appear to be coming around to the idea of being vehicle owners, contrary to perceptions about this demographic.

“We were always tickled and a little bit bemused by this notion that Millennials weren’t going to buy cars and it was going to destroy the automotive industry," Joe Weisenfelder, executive editor of Cars.com, said.

"We found that Millennials are just a little slow to leave the nest, and now they are doing so. And lo and behold, when they do so, now they need cars and they’re starting to buy.”

Meantime, Ford is unveiling the Mach-E, an electric version of its legendary Mustang. Ford’s Dave Pericak said the automaker did not take the project lightly.

“We said, ‘What could we do to be inspirational and have people want it and desire it?' We’re leaning into electrification, we want to do it in a big way and in a way that only Ford can do. We said: What about a Mustang?”

Ford realized that the result would have to deliver the goods, performance-wise. It has a general range of 300 miles, Pericak said.

“We’re not taking anything away. We’re still going to do the fire-breathing, 760 HP GT 500s -- we love those. But now we’re putting another pony in the stable," he said.

Also apt to turn some heads is the Jeep Gladiator, a pickup truck variation of the popular Wrangler.

Jim Morrison, vice president and head of the Jeep brand for North America, said the automaker’s loyal customers were asking for added versatility.

The auto show runs through Feb. 17.

In Depth is the WBBM Newsradio weekly podcast that takes a deep dive into a timely issue. Next week: the latest on the coronavirus scare.