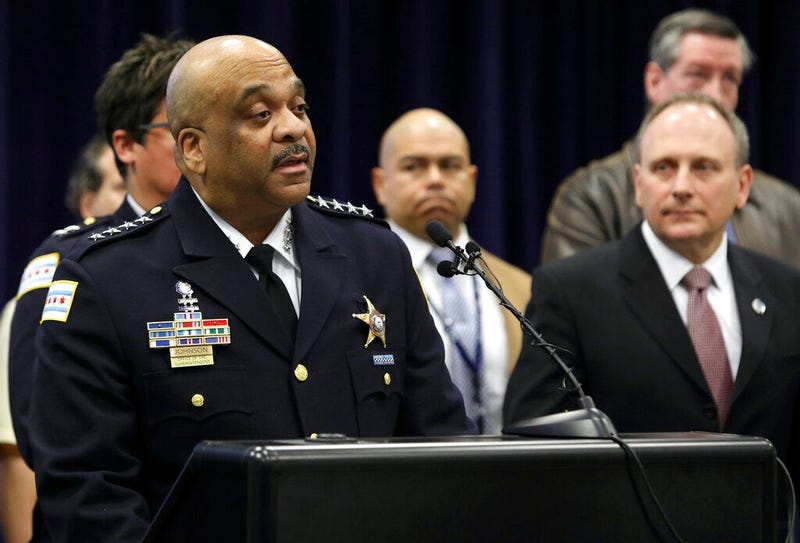 CHICAGO (WBBM NEWSRADIO) -- Members of the Chicago Aldermanic Black Caucus are defending Chicago police superintendent Eddie Johnson after the release of a report from the city’s Inspector General on the shooting death of Laquan McDonald that stated Johnson saw the dashcam video and said nothing when police higher-ups decided it was justified.

Johnson said he was not at the “after-action review” meeting where police brass signed off on the shooting as justified and saw the video two weeks later.

“To be clear, I never thought and never said the shooting of Laquan McDonald was justified," Johnson said. “The sad part of it is now certain people I guess are rehashing what is old news  I was a senior member of the department but I was not involved in any superintendent-level decisions on discipline following uses of force.”

Some aldermen called for Johnson's resignation after the Inspector General's office report was released on Wednesday.

Despite that, Johnson stood with members of the Chicago City Council’s black caucus Saturday morning at police headquarters.

When asked, "why is this a racial issue?" the caucus' chairman, West Side Ald. Jason Ervin, answered, "I don't believe it's a racial issue. I believe this is just an issue that occurred and individuals continue to bring this issue up.  We are here to support the superintendent. We believe him to be a man of integrity.”

Another question, this time aimed at Johnson, questioned whether he was being pushed out, to which he replied that he and Chicago Mayor Lori Lightfoot are fine.

WBBM spoke with Lightfoot, who reiterated her support of Johnson, saying she stands "fully behind" the city's top cop.

"I have full faith and confidence in Eddie Johnson as the leader of the Chicago Police Department. Over the years, I have spoken at length with Superintendent Johnson about the shooting of Laquan McDonald, the police response that night and the days after. Based on these discussions and my knowledge from other sources, there is nothing that gives me pause about the superintendent's conduct related to that tragic event," Lightfoot said.