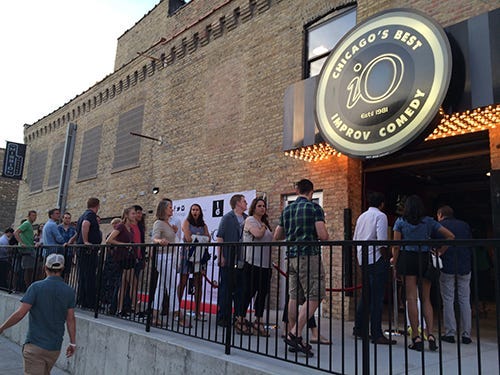 CHICAGO (WBBM NEWSRADIO) -- The ImprovOlympic — or I-O — has been a fixture in Chicago theater for almost 40 years. Now, the founder and owner says it won’t reopen and she is selling the building.

“I was hoping that maybe the county would say we didn’t have to pay property taxes in the next couple of months. They haven’t. They just moved it a couple months,” she said Thursday.

“I don’t know when theater is going to come back, so I think selling the building would be the best thing for me to do right now,” Halpern said.

The iO Theater was the target of a petition on change.org, accusing the theater of racism.

“If there was no pandemic,” Halpern says, “I would be working with them and I would certainly not be closing.

“The petition hurt me a little personally because people who didn’t know me claimed that ‘Halpern also has a personal history of racism.’ So, that was upsetting.

“But I do believe in the movement.”

“I’ve hung out with the funniest, smartest people in the world,” she said.