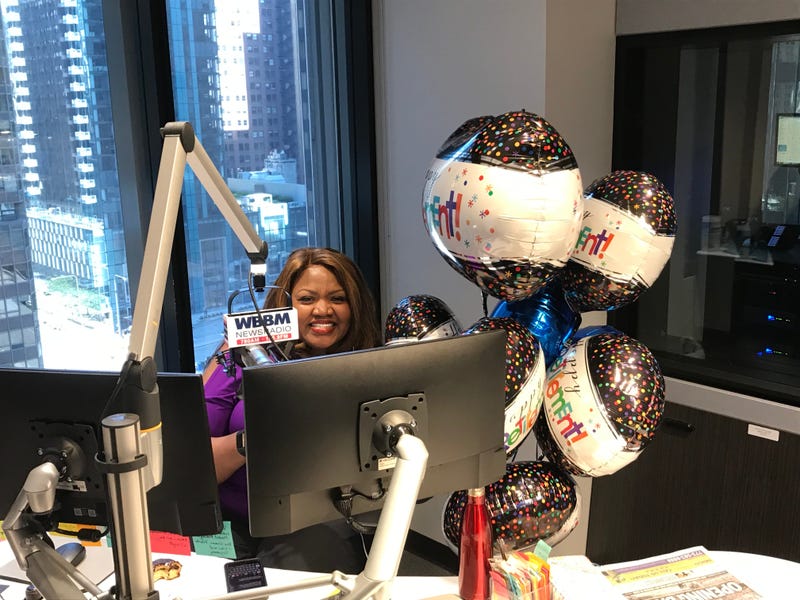 CHICAGO (WBBM NEWSRADIO) -- After more than 35 years with WBBM Newsradio, Felicia Middlebrooks announced earlier this month her plans to retire. May 29 was her last day on air at WBBM Newsradio.

To give her a proper send off, WBBM Newsradio said farewell to Felicia Middlebrooks over the air with a compilation of audio looking back at her time with the station and colleagues saying good-bye. Listen below:

In Chicago, 1984 was a special year - the Chicago Bulls drafted Michael Jordan and WBBM Newsradio selected Felicia Middlebrooks. In that same year, Harold Washington was mayor, Ronald Reagan won his second term as president, and Felicia Middlebrooks began her 35 and a half year run in Morning Drive at WBBM.

"All the excitement of reporting on big, breaking, important news stories, all the sad and tragic news stories that tug at your heart; then of course, there are the funny, human interest stories that expose how silly humanity can be. You are going to miss all of that, of course, it is in your blood," said long-time morning editor, Jim Benes.

From the joys of sports championships to the harsh realities of everyday life, Felicia has been there each morning to keep Chicagoans going.

"On May 29, I’m dropping the mic, at least for daily radio news. I’m not retiring. I’m rewiring," Middlebrooks writes in a letter. "Just to be clear, I’ve been working on this next level plan for nearly a decade.  This wasn’t a spur of the moment decision, and it is MY decision."