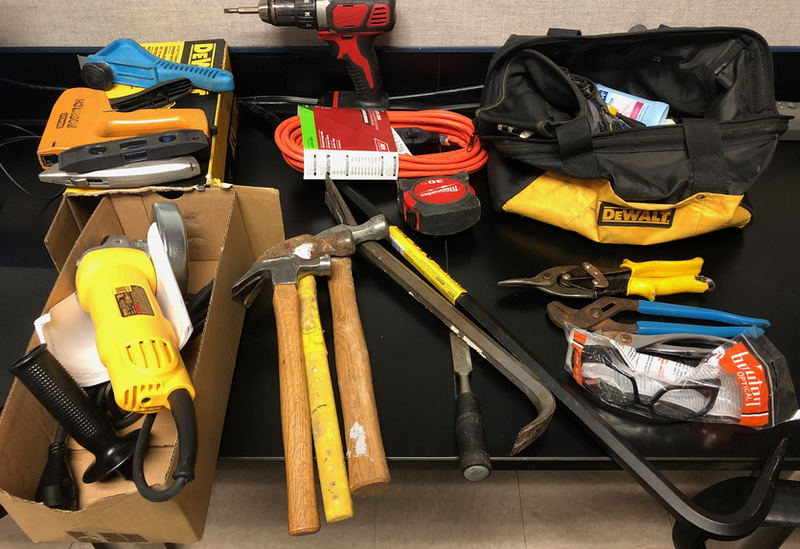 (WBBM NEWSRADIO) -- Chicago police say they might have caught a looting crew Monday night as suspects were preparing for more thefts — one night after looters ransacked downtown and River North stores.

Chicago Police Cmdr. Matthew Cline said some of his officers spotted a rented box truck at Grand and Clark matching the description of the trucks that some looters used to haul away stolen goods early Monday.

The officers heard movement in the back of the truck, opened it, and found two people inside, he said.

One suspect had a handgun with several rounds of ammunition, and when the driver of the truck got out police found another handgun, Cline said.

There were no stolen goods in the truck, but there were burglary tools including a grinder, screwdrivers, pry bars and sledgehammers, he said.

Investigators are checking video of the looting to see if they can spot the truck and link it to any of the thefts.

Cline says the arrests also show that Chicago police continue looking for those responsible for the looting and will bring any they find to justice.