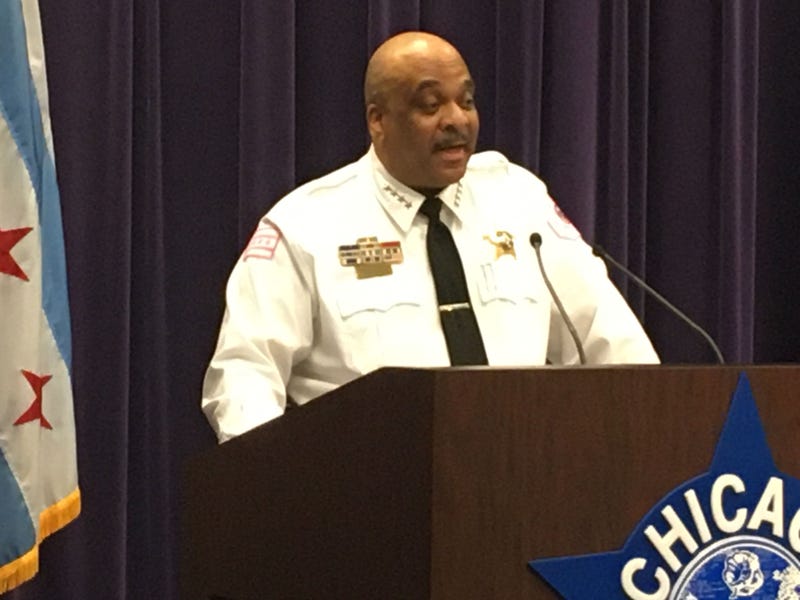 CHICAGO (WBBM NEWSRADIO) – Chicago Police Supt. Eddie Johnson has ordered an internal investigation of himself after a passerby reportedly found him lying down in his parked car near his home early Thursday.

Johnson was driving home around 12:30 a.m. when officers responded to a 9-1-1 call from a passerby who spotted somone unconscious behind the wheel at a stop sign, the department said.

The officers said Johnson did not appear impaired, and he was allowed to finish driving home. No breathalyzer was administered.

Johnson ordered an internal investigation on himself, saying he needs to be held to the same standards as any other Chicago police officer.

But he offered an explanation to reporters Thursday evening. He said he recently switched high-blood pressure medications and forgot to take the new prescription, sending his blood pressure soaring.

Johnson appeared before Thursday's Chicago Police Board. He said he would go to the hospital after, on the advice of doctors.

During his tenure as Chicago's top cop, Johnson has publicly shared details about his health. He underwent a kidney transplant two years ago; his son, Daniel, a member of CPD, donated one of his kidneys.