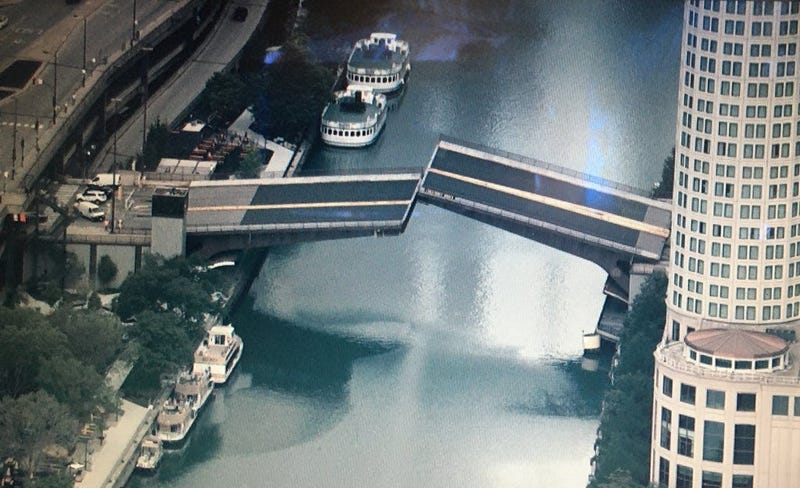 City officials raised all downtown bridges, except the LaSalle Street Bridge, over the Chicago River around 4:30 a.m., preventing further entry into and exit from the downtown area. They also requested CTA to suspend service, and closed streets and expressway ramps to limit access to the downtown business district.

Around 8:30 a.m. Monday morning, CTA bus and rail services resumed in the downtown area, according to a tweet from the transit agency.

[Normal Service*> Bus and rail service has been restored in the downtown area. See https://t.co/PUIrxseot3 for any real-time travel updates.

Around the same time, streets began reopening and bridges were also being lowered in the Loop. Expressway ramps were also beginning to reopen, allowing more access into downtown.

Bridges are going back down again after a night of chaos downtown. Looks like they are all down with the exception of Michigan Ave. pic.twitter.com/tG6LVTJKmS

Metra said they were not experiencing any changes in service as of Monday morning.

There have been no changes to service this morning. Alternate schedules remain in effect on all lines. Any changes will be announced as soon as they are known.Find the alternate schedules here: https://t.co/MeDqGQYQ5V

Many businesses in the downtown area had just reopened weeks after several stores and buildings were looted and vandalized following the unrest after the protests over the death of George Floyd in Minneapolis.

All bridges over the Chicago River were raised in the early morning hours Monday to divert traffic as police attempted to control crowds entering the area.

Bridges over the Chicago River downtown have been lowered once again and are open for #ChicagoTraffic to get across. @WBBMNewsradio https://t.co/wdBJVFUriu

The CTA suspended all bus and train service downtown "at the request of public safety officials," early Monday. No buses or trains ran in the area bordered by Fullerton and Ashland avenues and Cermak Road for part of the morning.