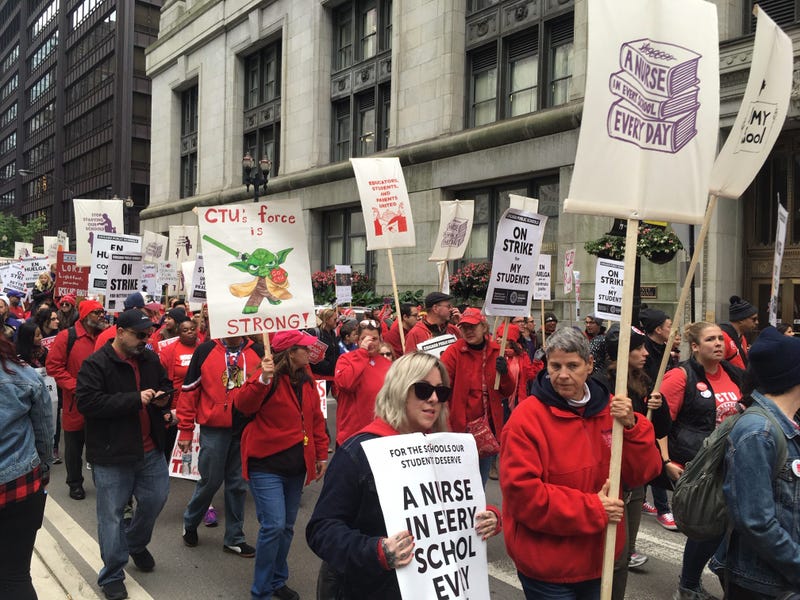 CHICAGO (WBBM NEWSRADIO) – Representatives for the Chicago Teachers Union and the Chicago Board of Education will work over the weekend to try to clinch a contract deal that might end a teachers’ strike that began Oct. 17.

CTU President Jesse Sharkey on Friday night said bargainers had made progress and it was important for both sides to work hard to resolve lingering issues.

Among sticking points for the CTU are written guarantees on class sizes. Teachers have also tried to work broader issues into their contract talks, such as affordable housing that might help poor students.

Friday marked the seventh school day in which classes were canceled. Some 360,000 students have been affected.