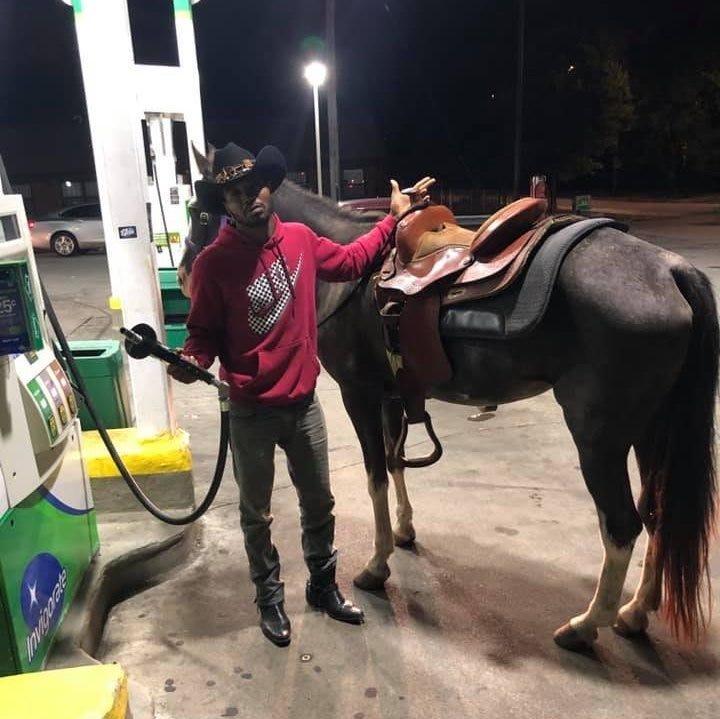 CHICAGO (WBBM NEWSRADIO) — It is an uncommon sight on the streets of the city: a man on horseback. But then, these are uncommon times.

His name is Adam Hollingsworth. The name he prefers is “Dreadhead Cowboy.”

“Because I’ve got dreads and I’m a cowboy. I consider myself a cowboy,” the 33-year-old tells WBBM Newsradio.

His horse is named Prince. They ride the city streets, which police say is legal.

Earlier this week he rode past Cook County Jail — his home for 18 months, even though he says he was innocent.

Hollingsworth says he wants to teach people about horses.

“After my uncle introduced me to it, it turned my life around. I wasn’t a bad kid, but I was a bad kid.”