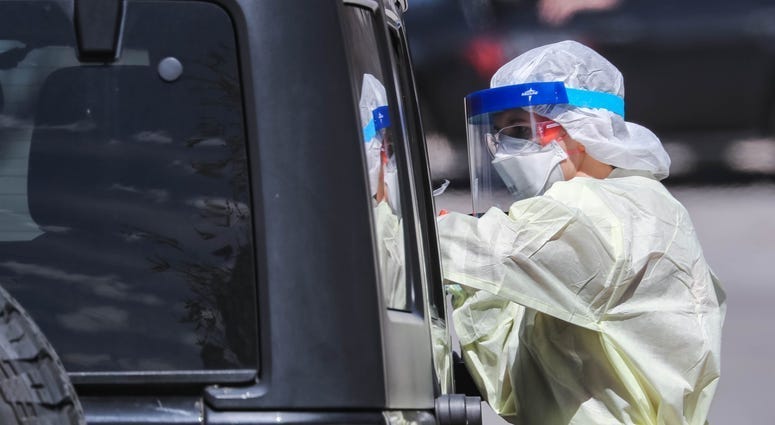 The free testing site is located in the parking lot outside Rolling Meadows High School. It will be open daily from 8 a.m. to 4 p.m., while supplies last. Anyone who believes they need to be tested can go to the school's main parking lot at 2901 Central Road in Rolling Meadows.

Illinois National Guard Brigadier Gen. Richard Neely told the Daily Herald on Thursday that the facility could accommodate up to 750 daily visitors. It'll be the 10th such facility run by the National Guard in the state, he said.

Anyone with COVID-19 symptoms is encouraged to be tested. Symptoms include fever, cough, shortness of breath, difficulty breathing, chills, repeated shaking with chills, muscle pain, headache, sore throat and new loss of taste or smell.

Officials said additional accommodations will be made for health care workers, first responders, employees of correctional facilities, individuals exposed to confirmed COVID-19 patients and other essential workers, such as those who work at grocery stores, pharmacies, restaurants, gas stations and public utilities.

Neely said Rolling Meadows' large Latino population was among the reasons the city was selected. Hispanics account for about 24 percent of Rolling Meadows' roughly 23,500 residents, according to the most recent U.S. Census data.

Those being tested will be required to show an ID and/or health care employee or first responder identification. Officials said the free test does not require a doctor's referral.

Another drive-thru testing site opens in Peoria on Saturday.