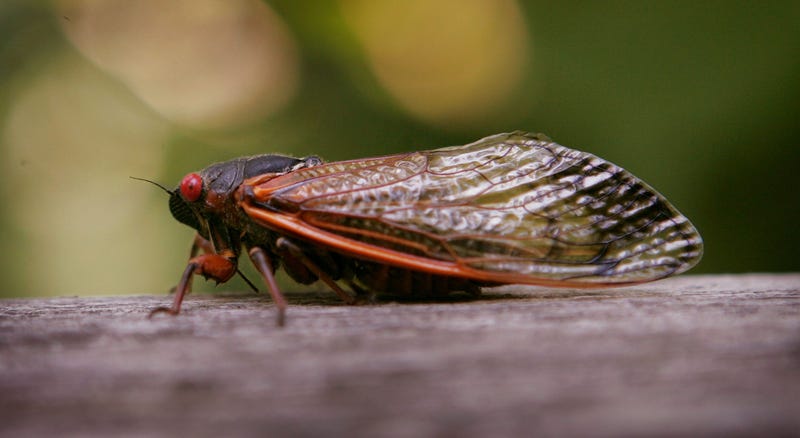 (WBBM NEWSRADIO) -- We could be in for a summer symphony, courtesy of confused 17-year cicadas.

The periodic critters aren't due to emerge in Illinois and elsewhere in the U.S. until 2024, but they have been known to come four years earlier, says Allen Lawrence, Associate Curator of Entomology at Chicago's Peggy Notebaert Nature Museum. One such misfire occurred in the 1960s.

"It's happened before and it's certainly possible," Lawrence told WBBM Newsradio's Mike Krauser this week.

Cicadas spend most of their lives underground. The males make the distinctive sound that everyone is familiar with, but the 17-year cicadas' drone reverberates because of their sheer volume when they emerge.

The insects only live for two to three weeks.