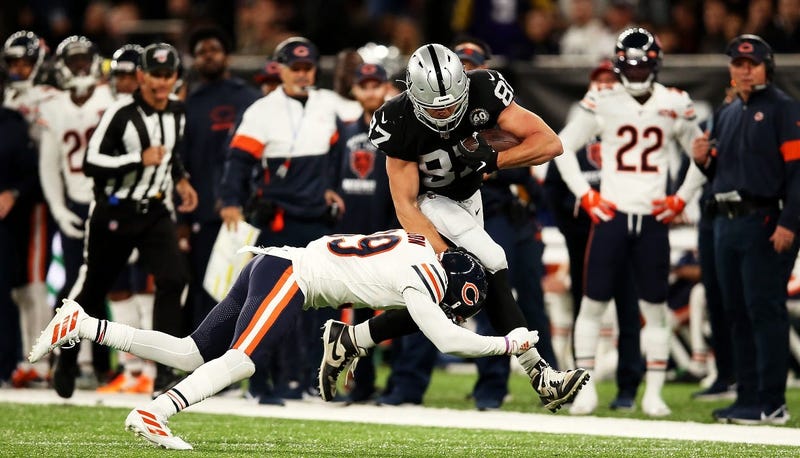 (670 The Score) Fresh off their bye week, the Bears were looking turn the page from their loss to the Raiders on Oct. 6 when they returned to work at Halas Hall on Monday.

For the Bears defense, considered to be one of the NFL's best, the new week brings the chance to move forward after its worst performance of the season. The Raiders' 24 points and 398 yards of offense were the most that the Bears have allowed in five games.

"We're just back on track. We're just putting that behind us. Now we got to make a statement game at home."

The Bears (3-2) host the Saints (5-1) at Soldier Field on Sunday. New Orleans has won four straight games with backup quarterback Teddy Bridgewater leading the way after he stepped in for injured starter Drew Brees.

Bridgewater is expected to start against the Bears, who will be without Pro Bowl defensive lineman Akiem Hicks for much of this season after he suffered an elbow injury.

"It's a tough loss for us," Jackson said. "The type of style of play Akiem brings, it's hard to fill. Right now, we're doing a good job holding up the guys coming in and stepping up. But at the end of the day, that's Akiem. His resume speaks for itself. What he does on the field speaks for itself.

"We're hoping to have him back real soon, for the playoffs or the end of the season. But it really hurts us. But we're riding with him."