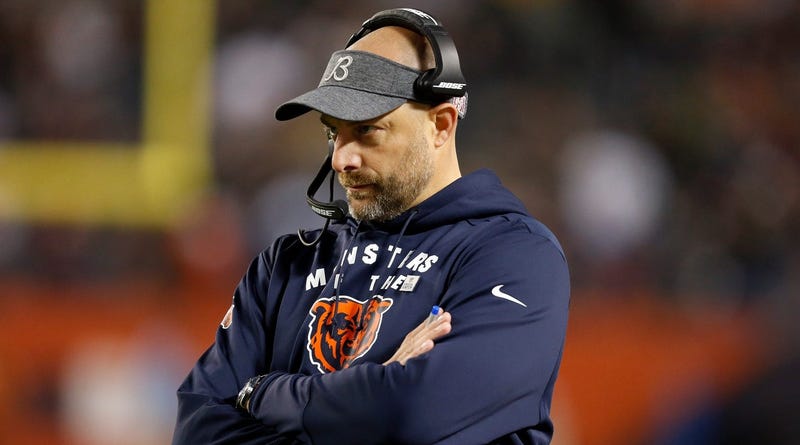 (670 The Score) As the Bears' season has spiraled into a 3-5 debacle, safety Eddie Jackson emphasized that the players maintain complete belief in coach Matt Nagy in the team's quest to turn its campaign around.

"We're 100 percent behind our coaches," Jackson said on the Mully & Haugh Show on Monday morning, a day after the Bears fell 22-14 to the Eagles. "Like coach Nagy, man, if people really understand the type of coach that coach Nagy is, they wouldn't even question or try to blame him for what's going on. Coach Nagy is a players' coach. He listens to us. He does everything for us, to make our bodies feel good or help us with practice, helping us learn, how we feel it's best for the team. That's one thing we love about him. So we're definitely riding behind our coaches 100 percent."

The Bears have lost four straight games and posted their worst offensive performance of the Nagy era in amassing just 164 yards of offense in their loss Sunday.

"We just got to got to come together and fix the problem," Jackson said. "That's just all it is. Like he said, look, there's nothing to say. We just got to fix the problem. It's as simple as that. We love coach Nagy because he always takes responsibility for his mistakes. When you see a coach like that that holds himself accountable, as a player, it makes you hold yourself and your teammates accountable. So we definitely riding behind coach Nagy 110 percent. That's never going to change, not at all. That's not even a question."

Listen to Jackson's full interview below.