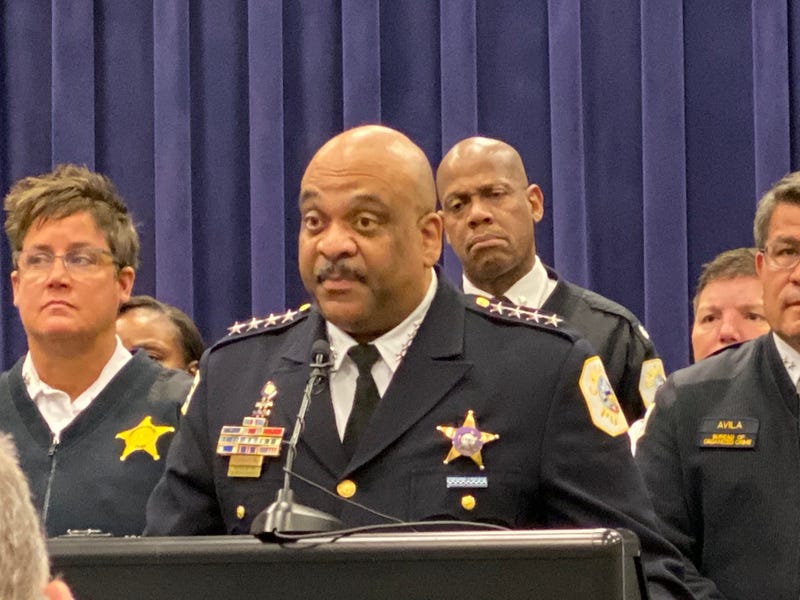 Eddie Johnson said, "I did not intentionally mislead or deceive the mayor or the people of Chicago.  I acknowledge that I made a poor decision and had a lapse of judgment on the night of October 16."

Mayor Lori Lightfoot said she fired Johnson after she learned from the inspector general that Johnson had lied to her and the public about that night in October when he was found asleep at the wheel of his car, parked at a stop sign.

The Chicago Tribune reported that there's video showing Johnson drinking at a popular Loop restaurant with a woman who was not his wife.

Part of Johnson's statement read, "We should all be judged by the entirety of our lives and not on what happened on our worst days."

"This is not at all how I envisioned the transition," Beck said, adding that he and Johnson "still talk." "He has the best interest of this city and CPD at heart as do I, so we will make this work."