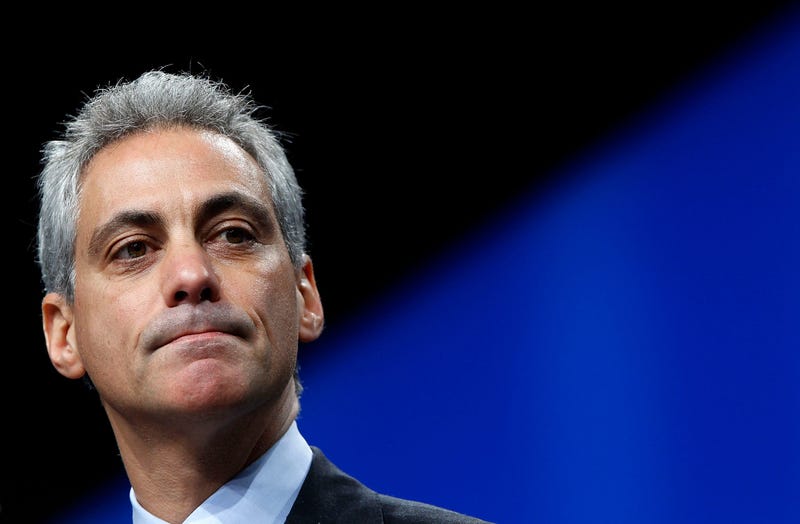 While Rahm Emanuel claims to be limiting his intake of political news these days, the former Mayor and former White House Chief of Staff, acknowledges that the deadly coronavirus pandemic has necessarily shoved Presidential politics to the back burner."The campaigning part, the Election Day part, or the voting part is more up in the air than ever before," Emanuel said.

But Emanuel, who once headed the Democratic Congressional Campaign Committee, said Joe Biden’s record of shepherding the Affordable Care Act to passage and into effect is a stronger case against Mr. Trump.

"Given their record of preparing for this, when they thought that he would just disappear like that, to quote President Trump, I think Joe Biden brings a lot of credibility and he has a possibility to maximize it," Emanuel said.Still, he agrees, Biden has to make the case under challenging conditions.

In terms of the pandmic, Emanuel said he's not forgetting those helping to get us through the crisis. He said he is paying close attention to the people on the front lines fighting COVID-19, and that he and his wife brought deli sandwiches to medical personnel at four hospitals.