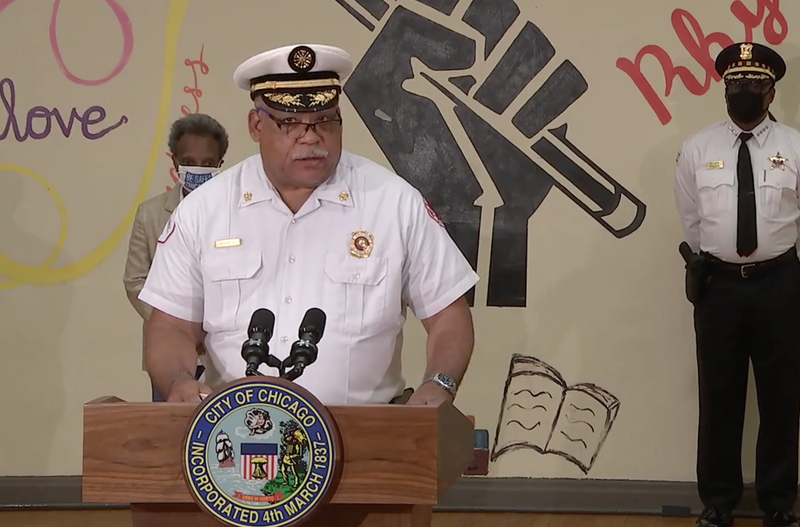 Fire Department Commissioner Richard Ford said it can be possible to have fun while remaining safe.

"While many of us know that fireworks are banned statewide in Illinois, some people are still not aware of the fact that here in Chicago, bottlerockets and sparklers are also illegal to use. Sparklers may seem harmless; however, they burn at 2,000 degrees Fahrenheit, which is easily high enough to set clothing on fire and cause third-degree burns, unfortunately, to kids, disfiguring them," he said. "Sadly, each year in Chicago we have fireworks injuries that range from minor to extreme."

Ford said injuries include loss of fingers and hands, damage to eyes, and fatal head wounds.

"This year, we're seeing many more commercial-grade fireworks than we've ever seen in the hands of the public before due to many cancellations of professional displays. This means some very dangerous devices are now in the hands of those who are not trained properly in how to handle and safely use them," Ford said. "Remember: fireworks, including sparklers, are dangerous and illegal."

Ford said if you're on a boat, always wear a floatation device, be mindful of alcohol consumption, and stay close to the shoreline to ensure you can use your phone for help if needed. He also reminds boaters to have a fire extinguisher.

"While the beaches are closed, some may not be able to resist temptation to go into the water. If so, I implore you, please keep your children in your view at all times," Ford said.

Ford also reiterated the Mayor's statement that it will be hot this weekend.

He said the mist from them makes it difficult for drivers to see kids in the street.

"That can cause a tragic incident. Additionally, open hydrants slow down our response" when fighting fires, he said.

Cooling centers will be open and city departments will do well-being checks.