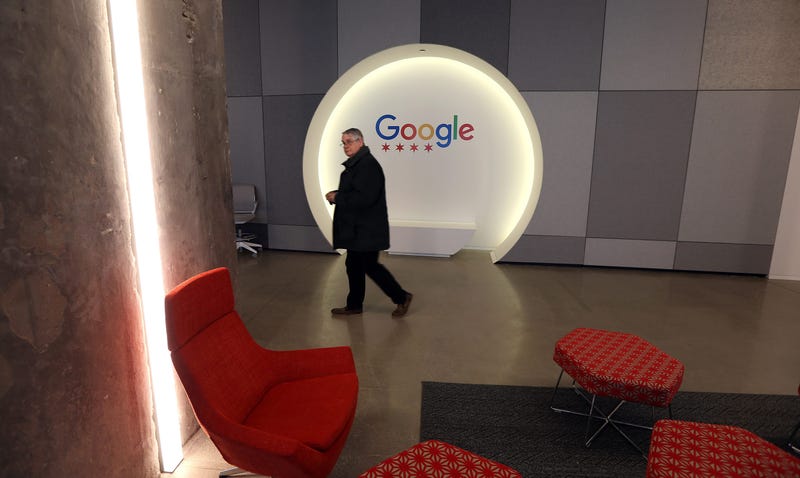 Google has been in Chicago for nearly 20 years and currently has about 1,000 people working for the company. Now, it said it plans to add "hundreds" of new jobs as it makes Chicago a hub for its finance team. Google is not providing exact numbers of new jobs but said it plans to lease a second building in the Fulton Street Market area.

Ed Dowd is executive director of the Mattoon Chamber of Commerce and said the plan is to set up the Cross-County Innovation Center that will be 6,000 square feet.

"CARA is all about boot camps and businesses that help people affected by homelessness and poverty get back to work so this money helps leverage that up and expand our programs to serve more individuals in need," Kim said.

She said the organization helps about 900 to 1000 jobs per year and for those that are placed in permanent employment, they have a one-year retention rate over, over 20 percent higher than national norms.

The North Lawndale Employment Network on the West Side was another winner. Chief Program Officer Mark Sanders said the money will help its social enterprise Sweet Beginnings, which employees formerly incarcerated people.

"We sell honey and honey-infused skin care products and so, what that does is give us an opportunity to provide job training and employment for people with felony convictions," Sanders said.

Sanders said the nonprofit wants to take the model created on the West Side and expand to the South Side and beyond. The recidivism rate for former Sweet Beginnings employees is below 8 percent, compared to the national average of 40 percent and the Illinois average of 55 percent, according to its website.

"Less than 6 percent of the people that come through our program return to prison so we want to see if we can do that throughout the city and the county and ultimately, the country," he said.