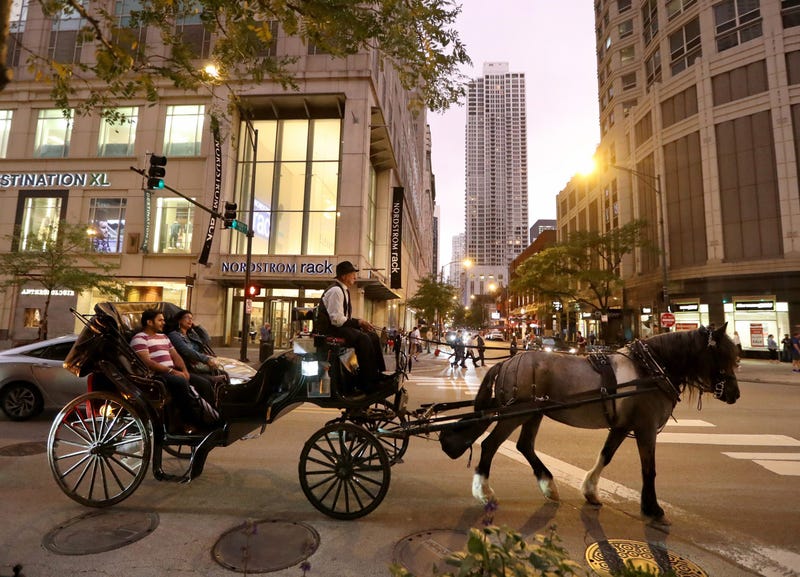 CHICAGO (WBBM NEWSRADIO) -- The end of horse-drawn carriages on Chicago streets wasn’t supposed to happen until January, but Covid has brought an early halt. Now, one of owners of carriage businesses says he’s preparing a legal fight to get back on the road once the virus clears the scene.

For more than two decades, Jim Rogers has been in the horse-drawn carriage business, driving one. For the past eight years, he has owned Great Lakes Horse and Carriage, one of the handful of companies left.

The Chicago City Council voted in April to effectively ban horse-drawn carriages beginning Jan. 1, over concerns about the welfare of the animals.

Jim Rogers has set up a Go Fund Me page to raise money for legal bills to fight the ban, which he says was pushed by a “small group of people” who believe animal ownership is wrong.

“I can’t just let that slide. Because I’m not doing anything wrong. I’ve never done anything to harm an animal while it was working in my entire life,” he told WBBM Newsradio Tuesday.

“And for them to slant myself and my colleagues in ownership like we’re just a bunch of mustache-twirling, money-counting sons of bitches that exploit animals is wrong.”

Rogers says he’s never been accused of animal cruelty. He says he wants to be able to get back to work with his horses when the tourists come back.