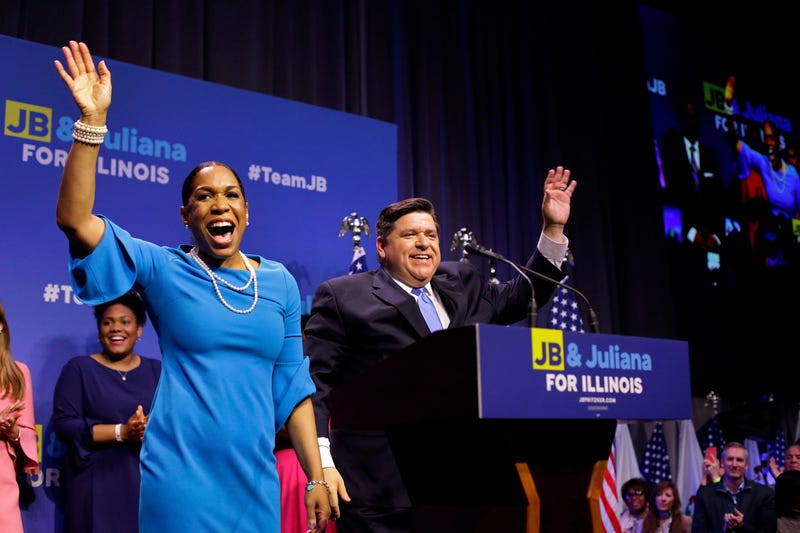 CHICAGO (WBBM NEWSRADIO) -- Illinois’ delegation to the virtual Democratic Convention were focusing on racial and economic justice Wednesday, and that was the occasion for some sharp attacks on President Trump.

Lt. Governor Juliana Stratton was one of the leading speakers at Wednesday evening’s online gathering of the Illinois Democrats. And in a conference call with reporters, she’d hardly begun speaking before she leveled an attack at Donald Trump.

"We have a racist president, and that is the last thing that we need as we face two pandemics: that of COVID-19 and that of systemic racism," she said.

"From day one, this president has worked to fan the flames of racial divide to the point where our country is now more divided than ever."

Even the usually soft spoken Mary Morrissey, Executive Director of the Democratic Party of Illinois, fired a verbal shot.

"Democrats have fought to give a voice to the voiceless, lend a hand to those who are struggling, and have always understood that sewing seeds of hatred, as our President has done is wrong," she said.

State Treasurer Michael Frerichs said this election and the candidacies of Joe Biden and Kamala Harris give the nation a chance to change course.

"Now that we have seen the worst in people, we can now choose to act with civility and compassion. Our national politics should not disproportionally favor the wealthiest Americans over the hourly worker," he said.

Illinois Democrats added the global pandemic is not hampering their efforts much.

For months, because of the COVID-19 lockdown, many businesses ground to a halt. And Illinois Lt. Governor Juliana Stratton doesn’t deny that efforts to bring more minorities into the new recreational marijuana business have stalled.

But, she said, the program she leads, which dedicates 25 percent of net tax revenue from cannabis sales to communities impacted by the war on drugs, is doing well.

"We have already had the first round of funding. The applications have gone in. We have had a record number of proposals come in for that funding, and we look forward to the next phase, which is reviewing," she said.

State Treasurer Michael Frerichs had a rosier outlook from his perspective.

"Whether it be increasing the number of minority, women, veteran, disabled owned firms who are dealing with our broker dealers - we went from about one percent utilization to over 70 percent," he said. "We have increased the number of minority asset managers significantly since coming into office."

And he said his office is pressuring banks and other institutions to diversify their boards.