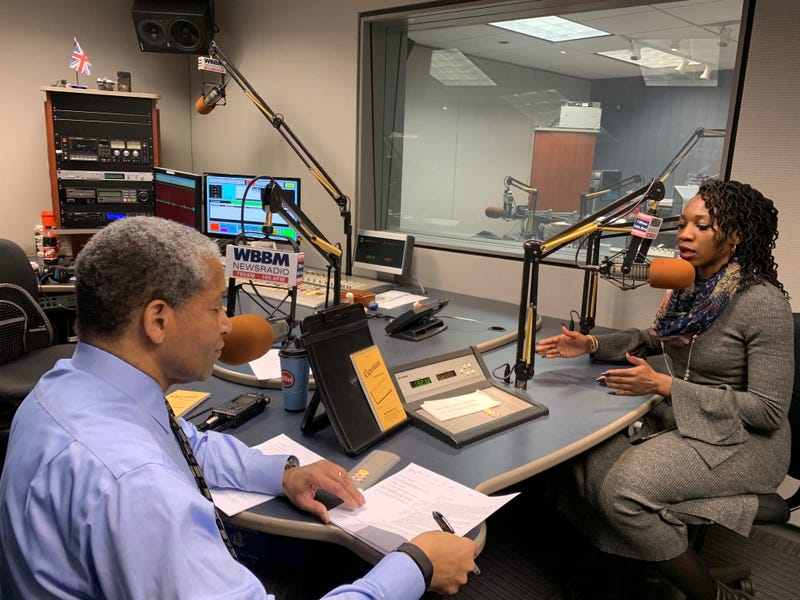 CHICAGO (WBBM NEWSRADIO) -- Chicago Mayoral candidate Amara Enyia says her campaign is mounting a "Get Out The Vote" effort like nothing the city has seen before.

Amara Enyia said in addition to all the forum appearances and the commercials— funded by a donation from Chance the Rapper — her campaign has gotten hundreds of volunteers at phone-banking events, and supporters at community meetings.

Amara Enyia said her commercials and candidate forum appearances have helped spread the word about her neighborhood based focus— and economic proposals. But, she acknowledged in a mayoral campaign as crowded and close as this one, the election may come down to who can best get out the vote. She is putting a great deal of effort into that, like encouraging Chicagoans away at college to vote by mail.

The Enyia campaign is strong on social media, and she said it is attracting support from both young adults and seniors, because she speaks to issues they all care about like affordability and safety

Just got my vote by mail ballot! Excited to support @AmaraEnyia for mayor! https://t.co/Exdboh4WtK

Mayoral hopeful Amara Enyia is the guest on our "At Issue" program this weekend and you can hear more of her thoughts Sunday at 9:30 a.m. and 9:30 p.m.