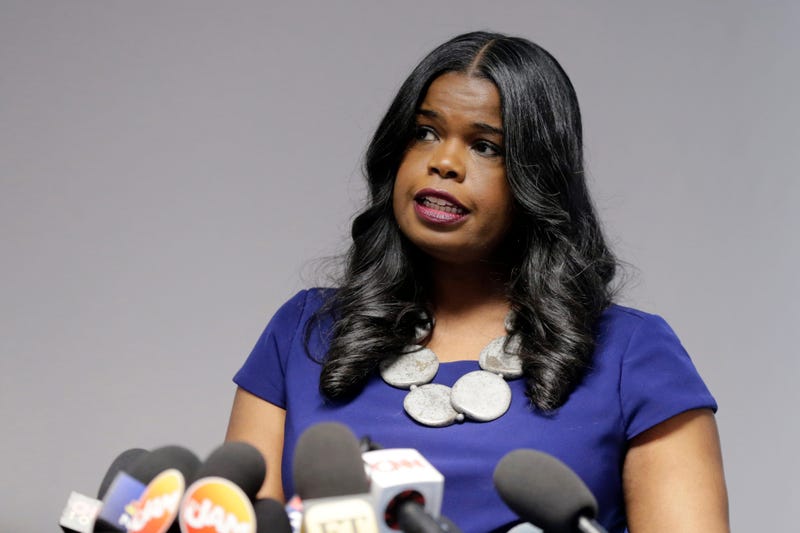 CHICAGO (WBBM NEWSRADIO) -- Cook County State's Attorney Kimberly Foxx believes Mayor Lori Lightfoot and County Board President Toni Preckwinkle will work out their public dispute over gun violence because they must, she said.

Foxx was Toni Preckwinkle’s chief of staff before she ran for her current job. But, Lightfoot is not off base when she complains that some potentially dangerous gun crime suspects are being freed on bail. It’s a complicated issue, she said.

"It requires us to sit down and make sure we are looking at all those factors," Foxx said.

Cook County Judges now have a risk assessment tool, a kind of checklist, to help them decide if a suspect should be released on bond or jailed pending trial. But, Foxx said Lightfoot is right that, sometimes, potentially dangerous gun crime suspects bond out. Judges have discretion, she added.

"(We need to look at) the bigger, broader picture around this person that you cannot sum up in a 30-second hearing," she said about many gun suspects.Foxx said that perhaps her office could do a better job bringing cases. Or judges could look deeper. But, she said all parties needs to sit down. Foxx believes said Lightfoot Preckwinkle will work through their differences on these matters. She said she has worked with both leaders, and they are both committed to public safety. State's Attorney Kim Foxx is the guest our At Issue program this weekend and you can hear more Sunday at 9:30 a.m. and 9:30 pm.