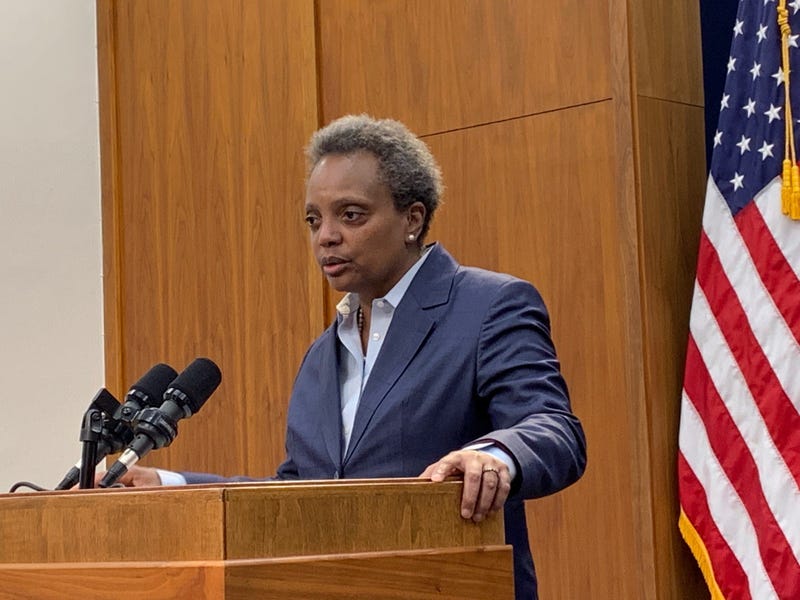 CHICAGO (WBBM NEWSRADIO) -- Mayor Lightfoot is terminating Supt. Eddie Johnson effective immediately after an investigation revealed unethical behavior stemming from an October car incident that found him asleep in his car, throwing him into the negative spotlight.

At a press conference, Lightfoot said Johnson engaged in intolerable and unethical behavior and lied to her and the public about his Oct. 16 incident where he was found asleep in his car.

"It has become clear Superintendent Johnson engaged in a series of actions that are intolerable for any leader in a position of trust, particularly the head of the Chicago Police Department," Lightfoot said.

Upon reviewing the investigation from the inspector general on Johnson's October incident, the mayor said his actions abused power and were not fair to her or Chicagoans.

She said if she had known about the facts after the incident, she would have fired him on the spot instead of hosting a "celebratory press conference to announce his retirement."

Lightfoot added that maybe in prior administrations Johnson would have been allowed to just retire but that would be "inconsistent with who I am and with the kind of principled leadership I want to bring to the city."

She said the decision is not one she made lightly but that accountability, trust and justice is important to the city and the people of Chicago.

"In public, we must be honest and accountable for our actions and must strive to do better everyday," she said.

Lightfoot said holding leaders accountable and being honest will lead to a cultural shift and reform within the department and public office, which has been one of her goals since she became mayor.

Since Johnson's Oct. 16 violation — which Lightfoot said is still under investigation — he has fallen down the ranks and in the media, even before announcing his retirement. The police union voted "no confidence" in the superintendent Oct. 23 and he, along with the mayor, announced his retirement Nov. 7.

(Reporters Craig Dellimore and Nancy Harty contributed to this report.)