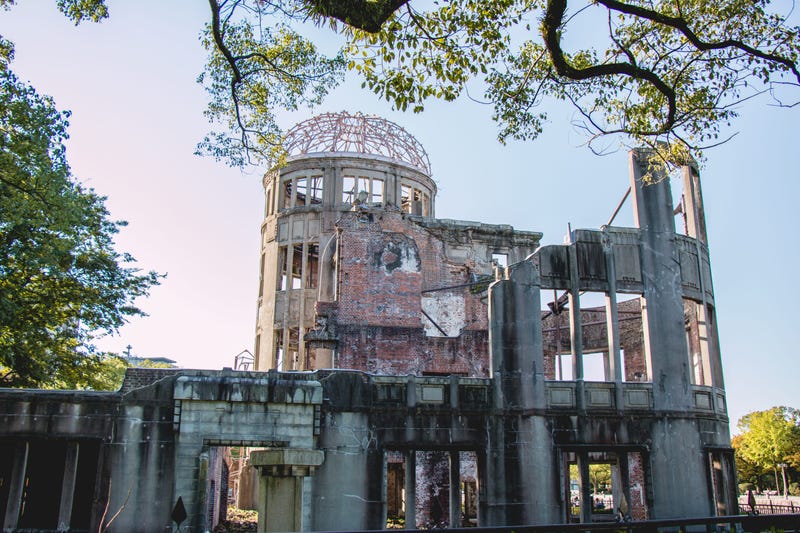 August 9, 2020 08/09/2020 5:30 pm
CHICAGO (WBBM NEWSRADIO) -- As the world recognizes the 75th anniversary of the dropping of the atomic bomb, a Chicago-based organization is speaking out.
The Bulletin of Atomic Scientists released a statement that described the destruction in the Japanese cities of Hiroshima and Nagasaki as still "all but impossible to comprehend."
Initial U.S. military estimates placed the immediate death toll at 70,000 in Hiroshima and 40,000 in Nagasaki, according to the Bulletin. Later independent estimates suggest that 140,000 people died in Hiroshima and 70,000 were killed three days later in Nagasaki. The attacks led to Japan's surrender and ending of World War II.
The Bulletin also stated that since World War II, no country has again used nuclear weapons in war, but the nuclear genie is out of the bottle, and the risk of nuclear catastrophe remains.
Related:
The safety of the United States cannot lie wholly or even primarily in its scientific or technical prowess, instead, it can be based only on making future wars impossible, the scientists wrote.
"And so, on this awful 75th anniversary, the Doomsday Clock stands at 100 seconds to midnight," the Bulletin statement read. The Bulletin's scientists operate the iconic Doomsday Clock that is designed to warn the public about impending catastrophic events that could destroy the planet.
Much of the work on the atomic bomb took place at the University of Chicago's campus in Hyde Park on the South Side. The Bulletin of Atomic Scientists was first established by Albert Einstein and is comprised of the world’s most accomplished science and security leaders, according to its website.