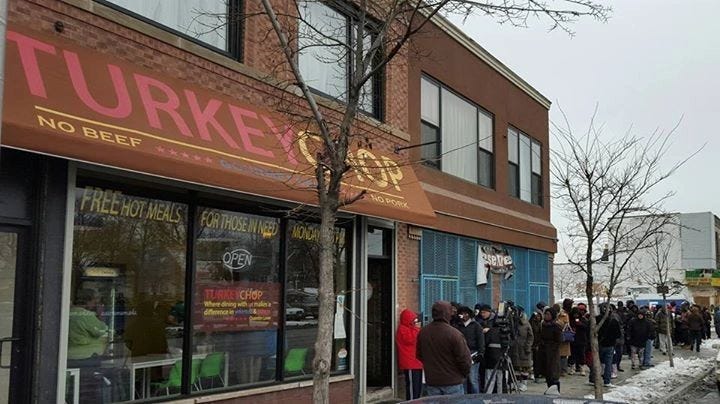 (WBBM NEWSRADIO) -- A West Side restaurateur is bringing high-quality meals to a food desert -- and giving back to the less fortunate.

Quentin Love is the owner and chef at TurkeyChop Gourmet Grill in Humboldt Park, which he opened to revitalize the neighborhood and bring his dream of offering good food to an area where that may be unexpected.

“What they would say when they would come in is, ‘This should be downtown,’” Love tells WBBM Newsradio’s Jim Gudas. “I had to correct them and say, ‘This should be right here in your own community where you can come in, have a wonderful meal. … You deserve that.’”

Love realized that some of his neighbors couldn’t afford to eat at his restaurant and weren’t getting enough food. So, he made it TurkeyChop’s mission to donate a quarter of proceeds to feed the hungry.

“It’s very important the world sees, that Chicago sees, that love is still present, regardless of what’s going on,” Love said.