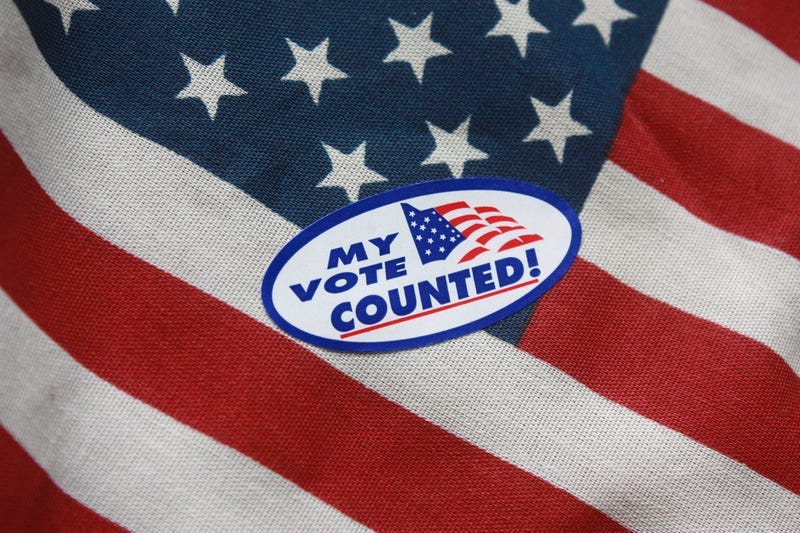 CHICAGO (WBBM NEWSRADIO) -- The arrival of mail-in ballot applications at some Kane County homes has sparked some confusion on the part of voters.

More than 210,000 mail-in ballot applications were sent to homes in Kane County last week.  It was required by state law. Kane County Clerk John "Jack" Cunningham said anyone who has voted since 2016 received applications to vote-by-mail in case they were interested in voting without the risk of contracting the coronavirus.

But, Cunningham said, a number of people called him concerned that by receiving the vote-by-mail applications, they were required to cast mail-in ballots. They don't have to.

The clerk is considering sending letters to voters who are at least 65-years old, suggesting they vote by mail as a healthier alternative to voting in-person. Still, he knows some traditions die hard.

"Some of them will say, I’ve always voted in person. Therefore, it’s a habit I have. I enjoy seeing my judges and so on and so forth," he said.

Still, Cunningham can tell there's lots of interest in voting by mail in his county.  The Kane County Clerk's Office said more than 25,000 voters have already gone online to request mail-in ballots for the November general election.  That’s double the number who wanted to vote by mail in 2016 and twice the number who actually voted by mail in 2018.