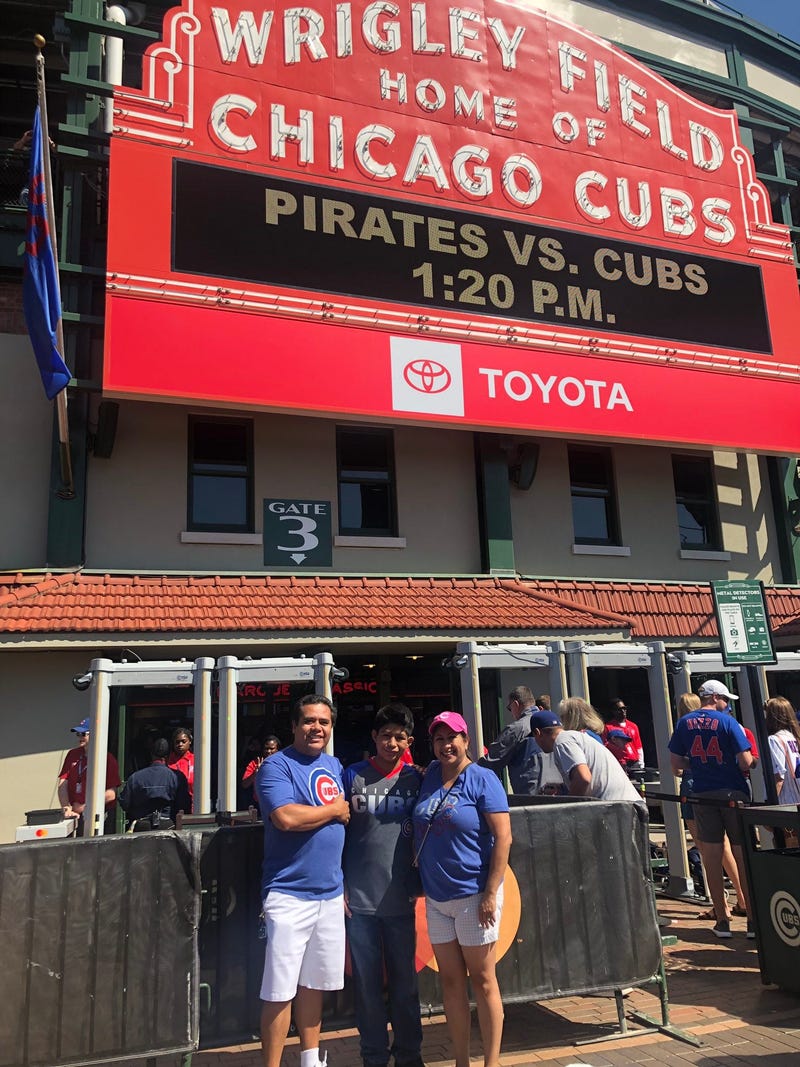 CHICAGO (WBBM NEWSRADIO) -- This is a story about how wishes come true -- in more ways than one.

The Make-A-Wish Illinois foundation granted a new family the opportunity to see their first Cubs game.

But how the family came to be is nothing short of a miracle of its own.

Last year, Oscar and Leticia Padilla of Chicago were visiting their niece at Rush University Medical Center when a little head popped in.

"Diego showed up in the door and said 'hi' to Delilah," Oscar Padilla said. "Then he just ran out of the room."

A nurse later told the couple that the 13-year-old was in renal failure. He also needed a family.

"My wife and I looked at each other and said, 'What do you think? Let's do it!'" said Padilla.

Diego's parents are in Mexico, but the Padillas took him in as their own in 2018, and they have been caring for him ever since.

"Our relationship grew very naturally. It seems like he has been our son forever," said Leticia Padilla.

The relationship is so strong that Oscar and Leticia are now applying to adopt Diego.

That's where Make-A-Wish stepped in. The nonprofit partnered with former state Senator Bill Marovitz, producer of "Miracle" -- a musical inspired by the Cubs' 2016 World Series Win -- to send them to their first Cubs game to celebrate the adoption process.

"We were given these fabulous first row tickets with a private club and wanted to give it to a Make-A-Wish youngster," said Marovitz.

Diego, Oscar Padilla explained, has Stage 5 kidney disease, and neither kidney functions properly. The Padillas are working to get him on a transplant list.

That could take until the end of the year. But on Saturday, Diego and the Padillas had beautiful weather for a day at the ballpark. And they were able to add a Cubs victory to all of their wins.