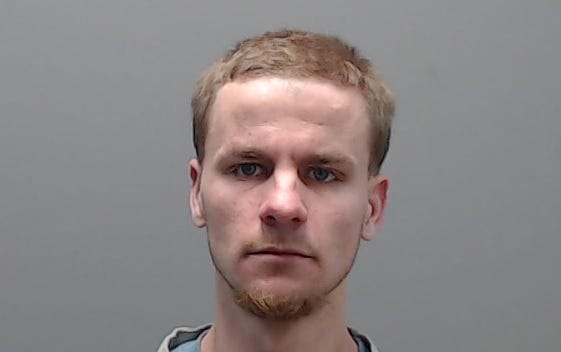 (WBBM NEWSRADIO) -- A father is accused of beating to death his 2-month-old daughter in the southwest suburbs.

He was ordered held on a $2 million bail, according to Will county records.

Kora Middono was flown with head injuries shortly after midnight Monday from Morris Hospital in the southwest suburbs to Lurie Children’s in downtown Chicago, police said.

She died later that day at 12:49 p.m. of blunt-force injuries to her head from child abuse, the Cook County medical examiner’s office said. Her death was ruled a homicide.

An investigation found that Kora was living with her mother and father at the Manor Hotel in Channahon, and moved to the Crest Hill Inn in Crest Hill the morning of May 30, Channahon Police Deputy Chief Adam Bogart said.

After interviewing Kora’s mother and father, Jonathon Middono was arrested in Crest Hill and charged with aggravated battery, Bogart said.

Crest Hill and Channahon police are working together in the ongoing investigation.

Investigators with DCFS had no prior contact with the girl’s family prior to the current case, Strokosch said.

Court information was not immediately available for Middono.