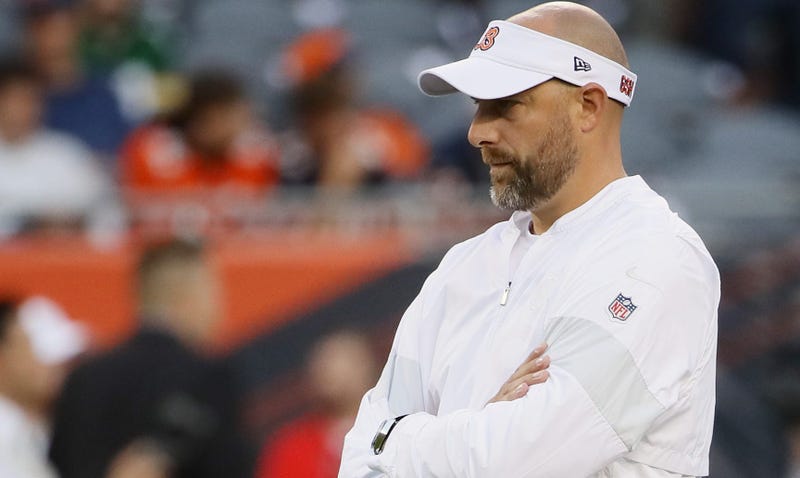 LAKE FOREST, Ill. (670 The Score) -- Bears coach Matt Nagy struggled with himself as the postgame feeling of a 10-3 loss to the Packers on Thursday night lasted well into Friday morning. He was still bitter about the defeat and lost in the details of that game.

Nagy then spent the weekend off continuing to reflect on the setback and attempting to refocus for what's next.

"The 24 hours is hard," Nagy said as he was back at Halas Hall on Monday. "That's a hard deal, just because you look at everything that you wish you could've done different or would've done differently. I always start with myself. That's not cliche talk, that's real talk. So, I start with: 'Where can I be better to help our team?' You beat yourself up in certain areas."

Nagy was a harsh critic as he and the Bears reviewed the film from their loss. He took the blame for his play-calling in front of his team, then stepped in front of the media afterward and reiterated the same point.

Among the greatest faults that Nagy shared was his neglect of the Bears' revamped rushing attack. David Montgomery rushed six times for 18 yards, Mike Davis had five carries for 19 yards and Tarik Cohen officially had zero carries.

Nagy explained that many run-pass options became passing plays and the first play from scrimmage was a fumbled pitch designed for Tarik Cohen. But he also acknowledged quarterback Mitchell Trubisky can't throw the football 45 times with his team only trailing by a score.

Considerations to establishing a running game was part of Nagy's weekend filled with reflection.

"Between (David Montgomery), Mike Davis and Tarik Cohen, those three guys, they all are special when they have the football in their hands," Nagy said. "I recognize that, I realize that, and like I said (Friday), I'm well aware of it."

The Bears' offensive inconsistency wasn't something that Nagy anticipated. Two days ahead of kickoff, Nagy spoke of kicker Eddy Pineiro by saying: "I want to see a lot of extra points. I don't want field goals." A field goal was all the scoring for Chicago, with the frustrated Nagy calling scoring three points "ridiculous" after the game.

Nagy and the Bears now face a challenge ahead in matching up against their former defensive coordinator, Vic Fangio, who's now the head coach of the Broncos.

Nagy's focus is now fully on the opportunity that awaits at Denver on Sunday.

music
Bad Bunny canceled his AMA performance after testing positive for COVID-19
music
Cole Swindell is 'making it work' while under quarantine, in the studio and on the golf course
music
Neon Trees frontman Tyler Glenn recovering after suffering a stroke
music
Say Anything's Max Bemis on new comics, and leaving pain behind for his 'solo' career
sports
Patrick Mahomes on where he'll be at Tom Brady's age: 'Plan is to still be playing football'
music
Bad Bunny da positivo para el coronavirus