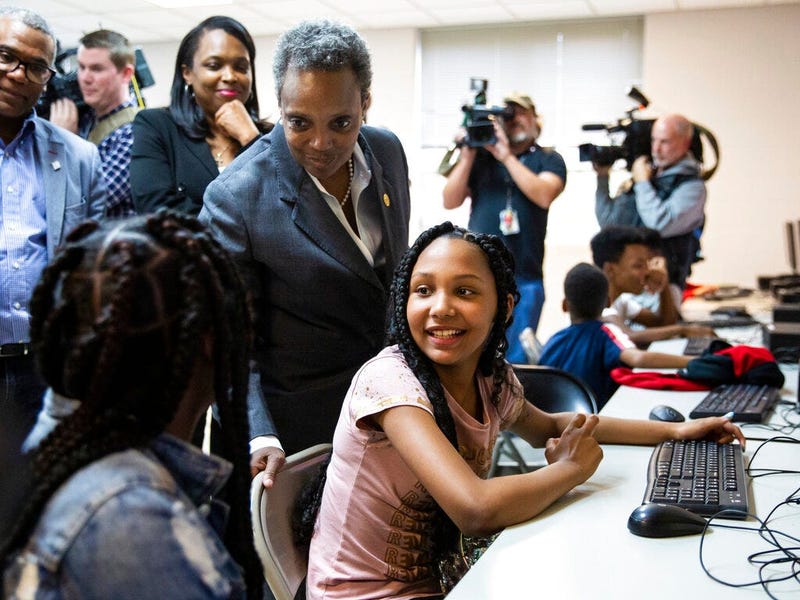 CHICAGO (WBBM NEWSRADIO) -- As the Chicago teachers' strike enters its sixth day of cancelled classes, Mayor Lori Lightfoot said she wishes the union would put the same energy in at the bargaining table as it does in public.

Mayor Lightfoot told the Tribune Editorial Board that CPS hasn't heard back on at least 10 counter-offers the board made on issues CTU labeled as important. She said the energy the public sees in protests and rallies isn't matched in negotiations.

"The union is very good at generating publicity. They're very good at playing into people's emotions and getting them excited and out on the street, but what is takes to get a deal done is having a level of discipline and rigor," Lightfoot said.

She said that discipline is not showing up in response times to offers.

"When we have 10-plus open issues that we have given written counter proposals on and those have not been responded to, or it takes days, as it is now," Lightfoot said. "What I would like to see is them have a sense of urgency and be much more efficient in turning around counter proposals at the bargaining table."

The mayor puts the price tag for the Board of Education's current proposal at about $500 million a year, and estimates the union's demands would cost about five times that.

While surplus TIF funds will help close the gap this time, Lightfoot said it's not a reliable source of funding going forward.