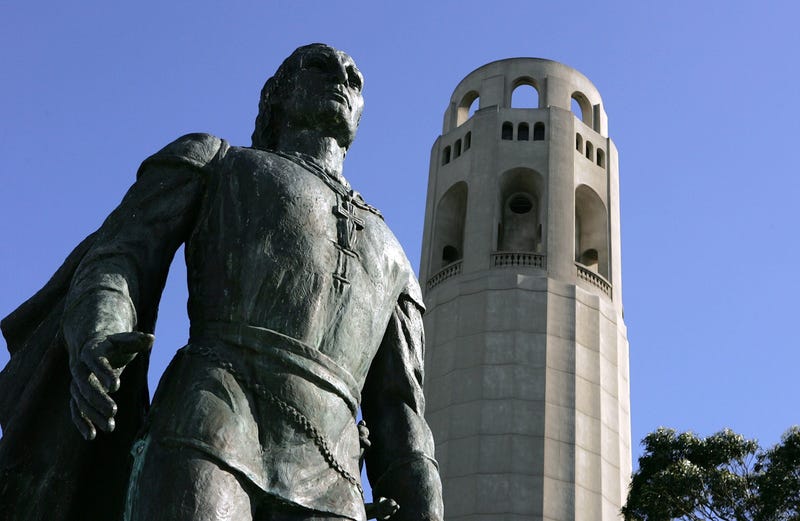 CHICAGO (WBBM NEWSRADIO) -- At a Thursday press conference, Mayor Lightfoot was asked about the recently vandalized Columbus statues and if they should be removed. She said this is a time to educate people and to embrace the country's history.

WBBM Newsradio's Mike Krauser asked the Mayor if the city and the Park District consider removing the Columbus statues that were recently vandalized, and have been in the past.

RELATED: Should Christopher Columbus Statue In Downtown Chicago Be Removed?

"Well, look, I know the issue of Columbus, Columbus Day is an issue of great discussion," Lightfoot said, "but I think that the way in which we educate our young people in particular about the history is to educate them about the full history. I have been watching with great interest the debate that's been going on around confederate monuments. There was a Black historian, and I don't remember his name, but he said, and I think he's right, that we can use this moment as an opportunity to not try to erase history, but embrace it full-on.

"We have way too many divisive moments in this narrative that's going on right now. As leaders, we need to step up and try to unify people. We're not always gonna agree on every issue, and I know that Columbus and his legacy are a flash point for many. But again, I think we need to use this moment as an opportunity to find our common ground as people. That is what we should be doing in Chicago, is to unify not divide. Let's have honest, hard conversations about the real truths of our history, but let's do it in a way that provides people with an opportunity to speak their truth, to recognize the hurt and the pain that so many have suffered for way too long. I think that's what this moment demands," Lightfoot said.

"And I know the leaders here with me today believe the same. Let's create dialogue. Let's start healing and unifying. That's what we need to do particularly when we don't see that happening by the leader in the White House. We need to do better at the state and local levels."