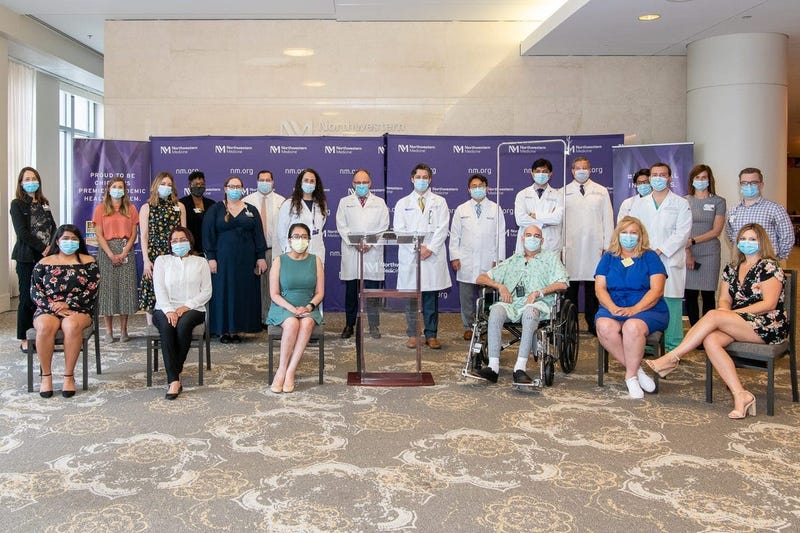 Mayra Ramirez, 28, of Chicago, received the first double-lung transplant at Northwestern Memorial Hospital on June 5, and Brian Kuhns, 62, of Lake Zurich, received the second on July 5.

Mayra Ramirez, who is originally from North Carolina, moved to Chicago in 2014 and started working as a paralegal. Northwestern Medicine said the 28-year-old enjoys running, traveling, spending time with family, friends and her dogs. Other than a diagnosis of neuromyelitis optica (NMO), an autoimmune disease that affects the spinal cord and nerves of the eyes, Ramirez was healthy and took extra precautions when COVID-19 hit Illinois. 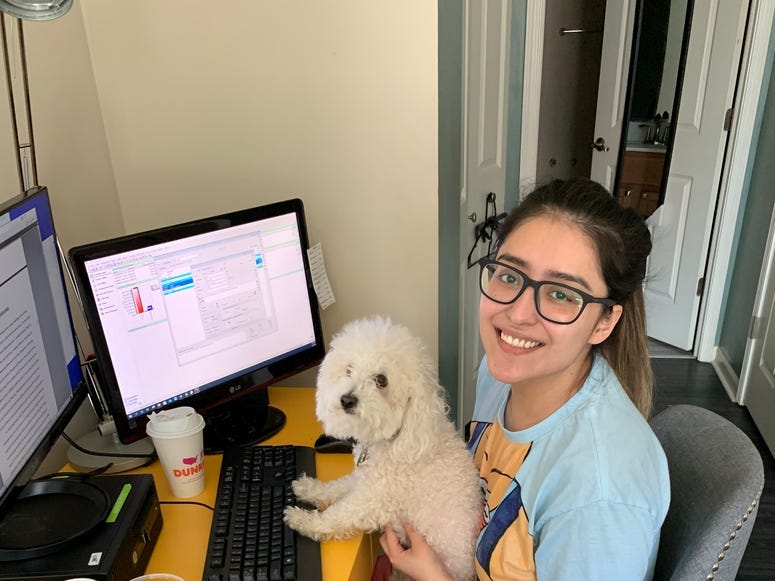 Ramirez said she quarantined, worked from home, and still contracted the virus.

“In March, I started working from home and never left my house,” Ramirez said. “But in April, I contacted my doctor, complaining of fatigue, chronic spasms, diarrhea, and loss of taste and smell. I only had a slight temperature of 100 degrees, so I monitored my symptoms from home and kept in touch with the COVID-19 hotline every day. It wasn’t until April 26 that I felt really bad and went to the emergency department. From there, everything was a blur.”

On July 8, Ramirez was discharged from Northwestern Memorial and continued occupational and physical therapy. 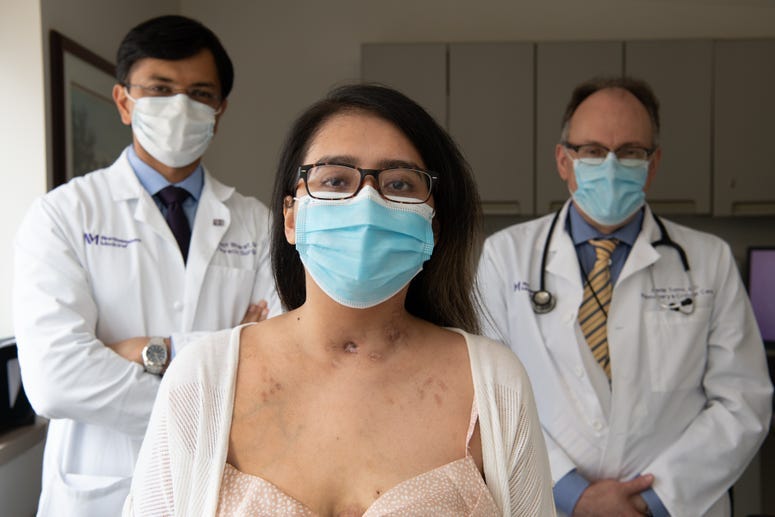 Brian Kuhns was different. He didn’t believe it was as serious as it is.

"I didn’t wear a mask or nothing. I thought it was like those other ones coming out of China, the other colds or whatever they were," he said.

The 62-year-old husband and father, lives in Lake Zurich. He owns an automotive repair shop in Schaumburg, and first experienced COVID-19 symptoms in March. Kuhns complained of headaches, stomach pains, and a fluctuating temperature. When he developed a cough, Kuhns went to a local emergency department on March 18. That was the last time his wife, Nancy, and their two daughters would see him for nearly four months. 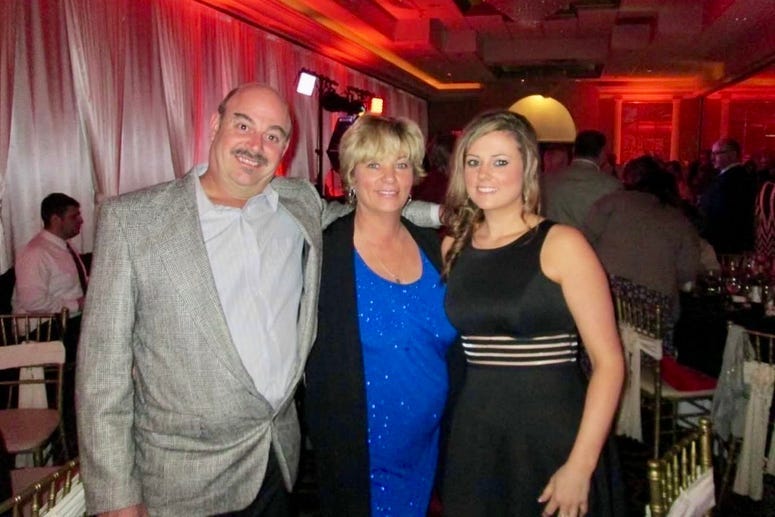 Now, he and his wife Nancy said, "Stay safe and listen to what they’re telling you about washing your hands. This is not a joke. This disease is not a joke. It’s not a hoax."

“No one can prepare you for the emotional toll COVID-19 takes on a family. Not being able to see, touch or hold your loved one as they’re fighting for their life in the ICU is extremely difficult,” said Nancy Kuhns. “Before COVID-19, Brian was a pretty healthy guy who loved music, cars and making people laugh. But he also thought COVID-19 was a hoax. I assure you; Brian’s tune has now changed. COVID-19 is not a hoax. It almost killed my husband.”

According to Northwestern, Kuhns received the majority of his care at another health system before being transferred to Northwestern Memorial for consideration of a double-lung transplant. Before his name was added to the transplant wait-list, Kuhns had to test negative for COVID-19. Due to the extended support with ECMO, his body could clear the virus, providing the consideration of transplantation.

Within 72 hours of being listed, the transplant took place on July 5, which coincidentally happened to be the 100th day of ECMO support for Kuhns. Typically, a double-lung transplant takes six to seven hours, but this surgery took about 10 hours due to lung necrosis and severe inflammation in the chest cavities resulting from COVID-19.

One day after surgery, Kuhns was off the ventilator and continues to recover at optimal pace. 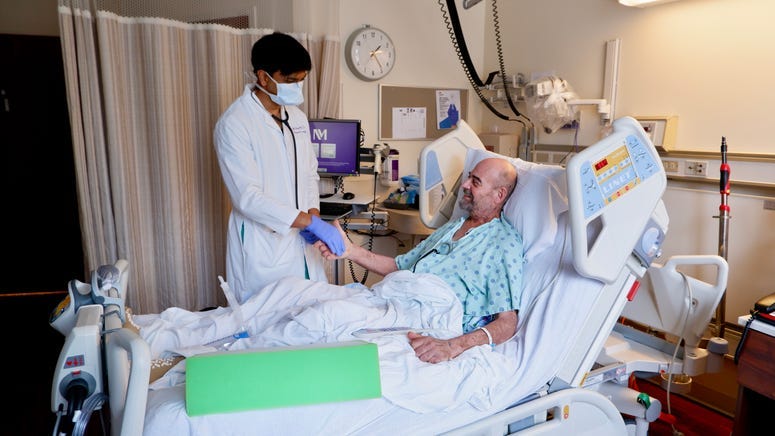 Kuhns said he had been healthy before contracting the coronavirus and that it "took me down hard."

Mayra Ramirez said "it wasn’t until weeks later that I had the ability to think there’s a family out there that’s grieving their loved one. I have that person’s lungs and how lucky I was to have received it.

"I definitely have a purpose, and if that purpose is just simply telling my story to raise awareness for people to stay safe and take this condition seriously," she adds.

Ramirez said the disease has taken a physical and mental toll on her.

"I was a very independent person. I’m no longer to do daily day-to-day tasks without feeling exhausted. Just simply walking a short amount of steps," she said. 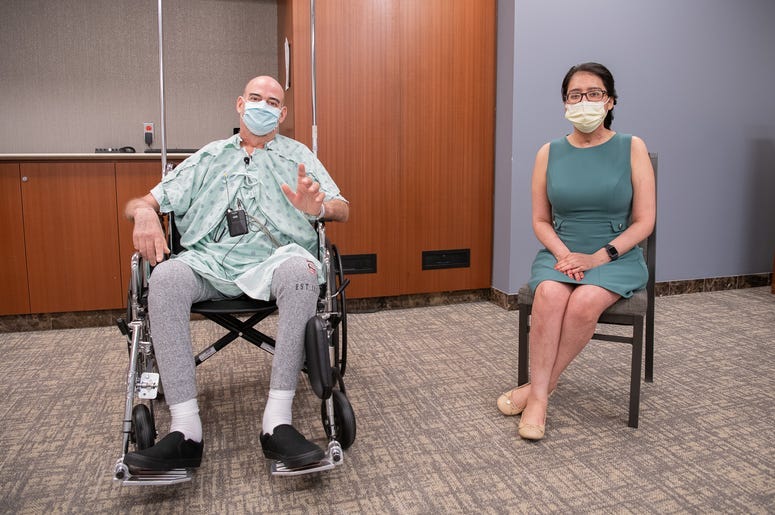 “Mayra and Brian wouldn’t be alive today without the double-lung transplants. COVID-19 completely destroyed their lungs and they were critically ill going into the transplant procedure making it a daunting undertaking,” said Ankit Bharat, MD, chief of thoracic surgery and surgical director of the Northwestern Medicine Lung Transplant Program who performed the transplants, in a statement. “However, our transplant team was committed to doing everything possible to save their lives and spent weeks preparing. The transplant procedure required a tightly coordinated effort from a multidisciplinary surgical team. When we opened Mayra and Brian’s chest cavities, large parts of their lungs were necrotic and filled with infection. The severe damage and inflammation to the lungs had caused pressure overload on the heart which further made the surgery quite complex. One misstep in the operating room could have led to catastrophic consequences. Nevertheless, the success of these transplants emphasizes that surgical innovation can also play an important role in helping some critically ill COVID-19 patients.”

Since performing the first known double-lung transplants on COVID-19 survivors in the United States, the Northwestern Medicine Lung Transplant Program has been offering guidance to other transplant centers around the world.

“We want other transplant centers to know that – yes – this is challenging, but it can be done safely,” said Rade Tomic, MD, a pulmonologist and medical director of the Northwestern Medicine Lung Transplant Program, in a statement. “While lung transplantation isn’t for every patient with COVID-19, it does offer some of the terminally ill another option for survival – Mayra and Brian are living proof. Both patients continue to get stronger every day and we’re thrilled with their progress.”