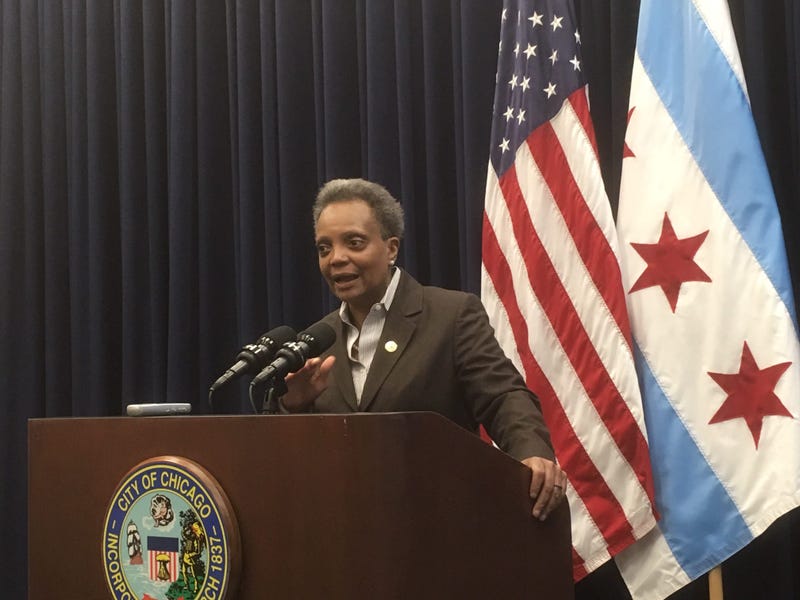 Lightfoot said the individual had not been in the office since Wednesday, April 1.

"I am pleased to report that the person's symptoms are mild and they appear to be doing quite well," Lightfoot said. "Regardless, employees identified to have been in close, prolonged contact with this individual were immediately notified and are directed to self-quarantine; and per CDC guidelines their work area was heavily cleaned and sanitized."

In the meantime, Lightfoot said her officer will encourage tele-working, as well as promote social distancing.

Lightfoot said this is a reminder on how serious everyone needs to take the pandemic, "particularly as we enter Easter weekend."

"I implore all Chicagoans and faith leaders to celebrate in any way you can, as long as it is done separately, and consistent with the social distancing and stay-at-home guidelines," Lightfoot said. "This is tough on all of us, myself included. But look to this time to practice traditions that mean so much to us and our loved ones. But it is imperative that this year we worship in a new way."

The $70-million transformation of McCormick Place into an “alternative care facility” is ahead of schedule. The U.S. Army Corps of Engineers, FEMA, and local construction workers have completed phase two of the three-phase project that will ultimately have the capacity for 3,000 coronavirus patients.

Together the Army Corps and multiple trade unions have hustled to build the next 1,750 patient rooms in record speed over just the past five days. This work has tripled the footprint of the care facility, which is currently one week ahead of the estimated scheduled completion.

The City of Chicago said that earlier this week the Illinois National Guard sent two planes to Oregon, where 500 isolation tents were picked up that will be apart of the third phase of the project, described as the most complex phase.

In the past week, the city has hired over 400 medical staff. These doctors and nurses were sourced from not only across Illinois, but the entire country in response to the Mayor’s call-to-action for assistance in Chicago during this unprecedented time. Over 300 members of the staff have already completed onsite training and will also be conducting clinical simulations onsite, prior to admitting patients.

"But there's a lot that has been added that does not easily appear on TV cameras. Things like 100 water lines, which were installed to provide running water in each hall; or the 1,000 temporary electric lines added to support critical care functions, like patient call buttons; and that's along with the more than 100 data lines installed to provide secured access to electronic health records. These are being done using epic health records software, which is used in most Chicago hospitals and is zero cost to the city," Lightfoot said.

"I want to stress just how remarkable it was just to pull all of this together in a short period of time. I mean really quite stunning. And as the Colonel said, the people that are working here have done so with great self-sacrifice and without any fear, but with a commitment and mission to get the job done, and we are so incredibly grateful to all who stood up in this time of need."

Lightfoot then announced the Hyatt Regency at McCormick Place is providing housing for healthcare and other professionals working at the alternate care facility, at signficantly reduced rates. She said it is open to any individual working on-site.