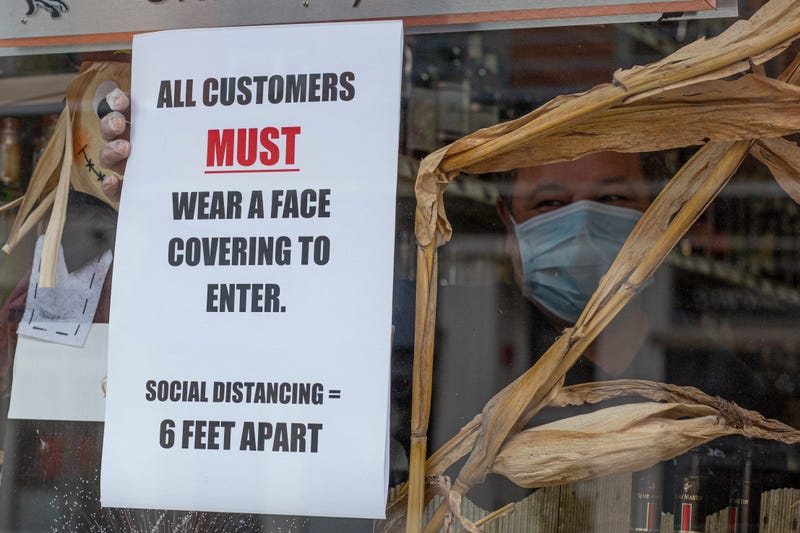 Pritzker, a Democrat, on Friday said his administration was imposing an emergency rule that creates escalating penalties for businesses that fail to ensure employees and patrons are wearing masks. First, the governor says, business owners would undergo education if their store does not comply. For subsequent failures, authorities would issue a warning and fines of up to $2,500.

He said the association would be fine with rules that hold stores accountable for things they actually can control, like encouraging social distancing and capacity limits.

What if people refuse to wear masks and won’t leave?

Karr said, up to now, police across the state have been reluctant to get involved. So, there’s nothing more that merchants can do, he said.

Pritzker's move comes as the state is reporting increasing numbers of coronavirus cases each day. Friday's total exceeded 2,000 — a level that hasn't been reached for several weeks.