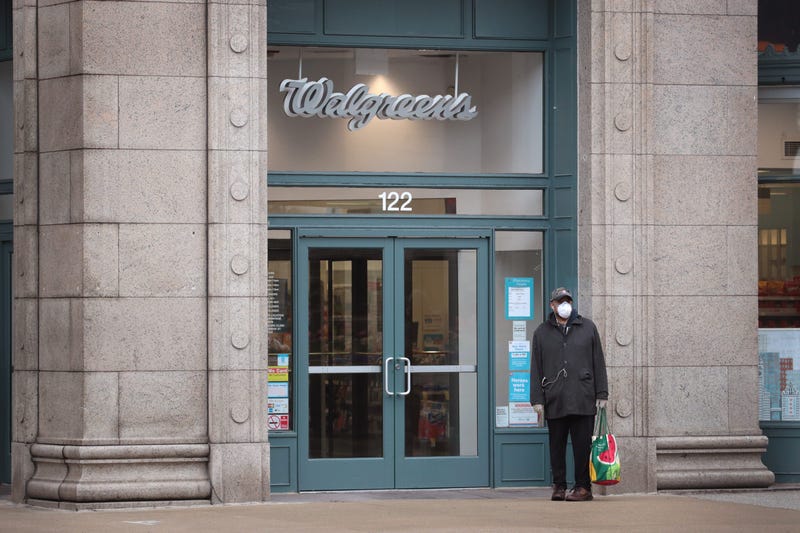 CHICAGO (WBBM NEWSRADIO) -- Coronavirus numbers are steadily going up again in Illinois as health officials on Friday announced 2,084 more people have tested positive for the coronavirus, marking the largest daily caseload in over two months.

The new high number is the largest increase since May 24, when the state saw 2,508 cases.

The positivity rate increased to 4.1% from 4.0 in the state, the department said.

Chicago's positive rate, while still higher than the state's, remained at 4.8% for the week, though the city is now seeing an average of 294 positive cases a day, according to city data.

Dr. Allison Arwardy of the Chicago Public Health Department said Thursday the city was seeing an average of 287 new cases per day. While it's not at her 400 benchmark compared to other states seeing spikes, there is still concern, she said.

"Where we have added about 100 cases per day, unfortunately, we have not shown a sign of turning that around yet," Arwady said. "The worry is if we continue to add, a month from now we would be at that 400 case mark."

Data shows that in Chicago, 1 in 6 people have been tested and 1 in 45 contract the virus. Arwady also pointed to recoveries: Out of the over 62,000 positive cases, over 56,300 people have recovered.

Still, the city's coronavirus increased cases are bad news. Arwady hopes the increased case numbers present a wake-up call for people in Chicago and the state as a whole.

Also on Friday, Pritzker said the state will fine businesses who do not comply with mandatory mask coverings or appropriate COVID-19 safety guidelines.

The governor said IPDH will work with businesses who have been lax on making customers wear masks to educate them and other public establishments such as child care businesses, retailers, schools and restaurants to more strictly enforce guidelines that have been commonplace since the start of the pandemic.

If businesses fail to comply with mask coverings, they could get fined up to $2,500.

Pritzker said these more direct outreach efforts are meant to steer businesses in the "right direction" before resorting to license revocation for not following the state's COVID-19 laws.
In response to the high number of new cases, 13 counties are reporting a warning level.
Cass, Coles, Grundy, Iroquois, Jackson, Monroe, Perry, Saline, St. Clair, Tazewell, Union, Williamson, Winnebago all saw cases or outbreaks associated with businesses, long-term care facilities, large social gatherings, and out of state travel.
A county enters a warning level when two or more COVID-19 risk indicators that measure the amount of COVID-19 increase, the health department said.
In the last 24 hours, 1,486 people in Illinois were reported to be in the hospital with COVID-19 and of those, 333 patients were in the ICU and 125 patients with COVID-19 were on ventilators. The state has seen 190,508 cases totals and 7,613 deaths.