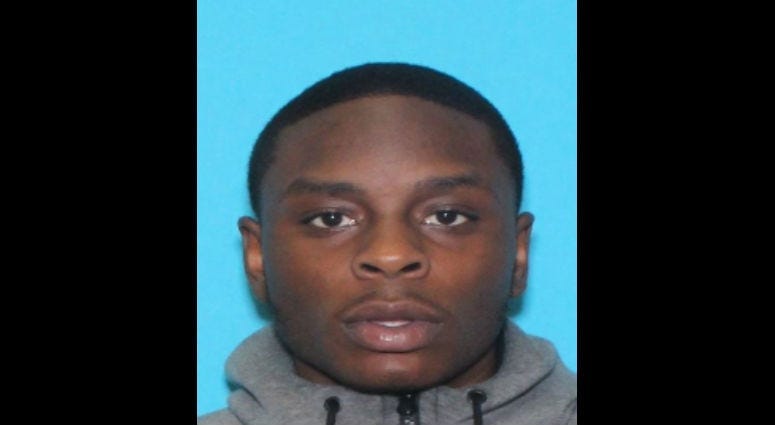 CHICAGO (WBBM NEWSRADIO) -- One man is dead and another injured Monday night in a shooting at Orland Square Mall.

The shooting happened about 6:45 p.m. Monday at a lower level food court at the Orland Square Mall near 151st Street and La Grange Road, according to Orland Park police.

Shortly after the shooting, police identified the suspected shooter as 19-year-old Jakharr Williams, a University Park resident. Williams has an active warrant for his arrest on a parole violation.

As of late Tuesday morning, there is a man hunt underway to locate Williams. Police said he should be considered armed and dangerous and asked if the public has any information on the current whereabouts of Jakharr Williams, to please contact the Orland Park Police at 708-349-4111 or email at crimetips@orlandpark.org.

“Our information is the subject had left the area,” said Orland Park Deputy Police Chief Joseph Mitchell. “Nevertheless, as a precaution, we are searching the area.”

Williams was seen in an altercation with Javon Britten, 18, when he pulled out a handgun and fired multiple shots, striking Britten in the chest and grazing a bystander’s leg, police and the Cook County medical examiner’s office said.

Britten staggered from the food court area to a nearby H&M clothing store, where he collapsed, officials said.

First responders were there in minutes and took Britten to Christ Medical Center in Oak Lawn, where he died, authorities said.

Witnesses on social media reported seeing shoppers running out of the mall and checked in to say they were safe. Others posted video and photos of what they witnessed on social media accounts.

"There were at least 10 little kids. They were all crying," said Christina Pelc, a Victoria's Secret employee, who described how her fellow employees shepherded customers into a back room for safety.

(Material from Sun-Times Media Wire & Chicago Sun-Times 2019 and © Copyright 2019 The Associated Press was used for the report. Additional reporting by Nancy Harty and Erika Hobbs.)