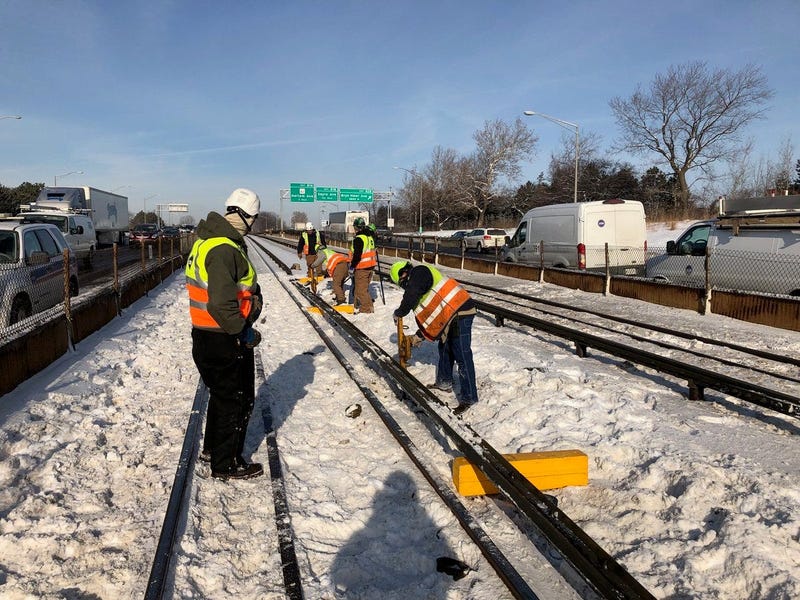 Forest Park-bound trains were temporarily stopped because of a “track condition” about 8:30 a.m., according to an alert from the Chicago Transit Authority. A CTA spokeswoman said a large section of the electrified third rail failed in the area and crews were dispatched to repair it.

Trains operated on a single track in both directions between Harlem and Montrose, according to the CTA.

Normal service on both tracks resumed with residual delays by 12:35 p.m., officials said.