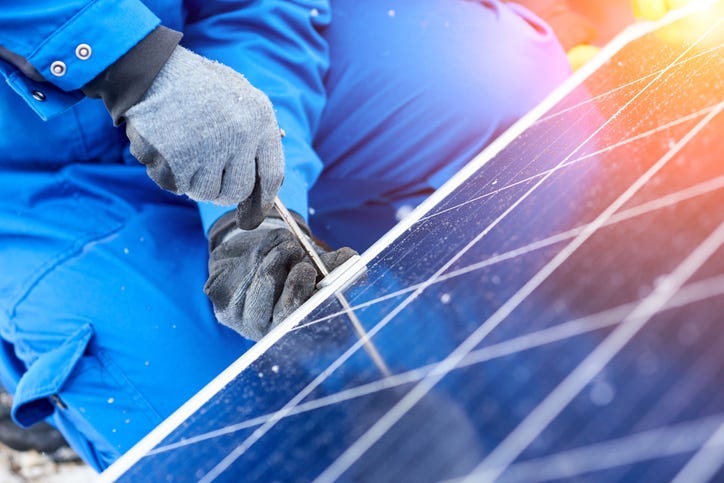 CHICAGO (WBBM NEWSRADIO) -- The Citizens Utility Board said now may be among the best times to take advantage of a solar energy program to save money on your electric bills.

"I am enjoying letting my air conditioning be a little colder than I used to," said Evanston resident David Fabbri.

He who took advantage of the Citizens Utility Board's Solarize Chicagoland program last year and is seeing electric bills this summer of $16 a month.  The sun is powering his home and making extra energy to send back to the power grid which will help keep down his electric bills in the winter, too.

Citizens Utiity Board Environmental Outreach Coordinator Christina Uzzo said CUB's main goal is to spread the word about the incentives that are available for going solar.  She said that, besides saving 10-15 percent on the cost of solar panels, through a deal worked out with a supplier, there are federal and state incentives that can lower the cost by at least 60 percent.

Fabbri said he went to a Solar Power Hour informational session put on by CUB last year and decided to take the plunge.

"Canvas grocery bags and recycling only take you so far. I got a hybrid car that I bought last year. But this really felt like something that could be much more impactful," he said.

Fabbri said he wound up spending $3,000 out-of-pocked and is told by experts he should break even, through savings on his electricity bills, in three or four years.

CUB's Christina Uzzo said 124 homeowners took advantage of the program last year. But, she said it has a ripple effect, as well.

"In addition to all the people that actually go solar through the program, each one of those is then an example in their community that it's an affordable thing that you can do in Illinois. You don't have to be in California or New Mexico for it to make sense," she said.

This year, the Solar Power Hours for more information are online at solarizechicagoland.com.  Deadline for taking advantage of the program is Sept. 30.  The program is for residents and small business owners in Cook, Will, DuPage and Kane Counties.