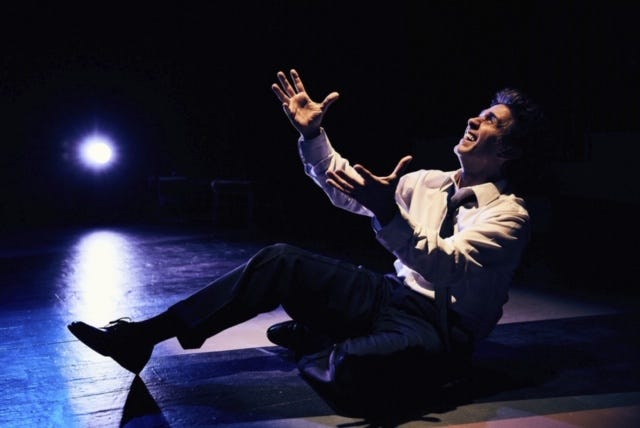 CHICAGO (WBBM NEWSRADIO) -- Before Carlin, before Pryor, there was Lenny Bruce.

"Lenny was a pioneer in comedy, in free speech," said Ronnie Marmo, who wrote and stars in the one-man play "I'm Not A Comedian...I'm Lenny Bruce."

"I did another Lenny Bruce play called 'Lenny Bruce Is Back (And Boy Is He Pissed).' It was a great show, I learned a lot and I fell in love with Lenny, but I wanted to tell more of the story, so that play had been written, so I set off to write my own and tell all of it. The good, the bad and everything in between," Marmo said.

Marmo said he was drawn to telling Bruce’s story because he was a game changer in comedy and in changing societal norms.

"I actually understudied the role of Lenny, in the play 'Lenny' written by Julian Barry that became the movie Dustin Hoffman did here in Chicago. It was back in the early 80's at the 11th Street Theater. Just by understudying that role gave me a familiarity of who Lenny Bruce was," said Mantegna, who got his start in various plays in Chicago, including “Bleacher Bums."

After successful runs in Los Angeles and New York, Marmo brings his show to the Royal George Theatre.

On December 5, 1962, Bruce was arrested on stage at the legendary Gate of Horn folk club.

Marmo said he's had help channeling Bruce thanks to the blessing of his daughter Kitty Bruce.

Marmo said his show is about free speech and having conversations about the "uncomfortable."

"In a lot of ways, we're slipping backwards in our political correctness and free speech. I understand there has to be some limitations on things, but I think sometimes we take things a little to far and we start infringing on the tenants that this country was built on," Mantegna said.

"I'm Not A Comedian...I'm Lenny Bruce" is at the Royal George Theater through Dec. 1.

"A lot of people think we need Lenny right now and I'm proud that Joe and I are presenting this," Marmo said.